Is the BMF losing its clout?

Recent statistics suggest it has not been effective in advancing the transformation agenda. 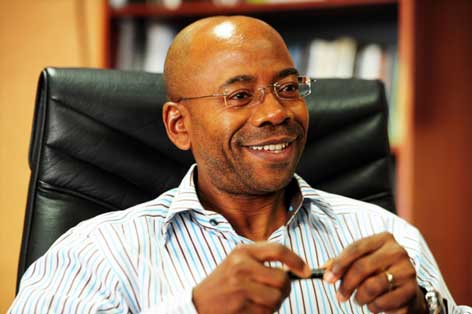 Long-time attendees of the annual Black Management Forum (BMF) conference reminisced of days gone by, when the Gallagher Convention Centre would be so packed, even finding outside parking was a challenge. On Wednesday, delegates barely filled up the seats and one basement parking area was sufficient. Their numbers have clearly dwindled over the past five years.

The transformation of corporate South Africa has disappointed in similar fashion. According to the latest Commission of Employment Equity report for 2015, whites still represent 70% and 60% of top management and senior management, while blacks only represented 13.6% (a less than 1% improvement since 2010) and 21% respectively.

Similarly the Jack Hammer executive report released earlier this week revealed that the number of black CEOs of JSE-listed top 40 companies had dropped to 10% from 15% in 2012. BMF CFO Busi Mavuso said these figures confirmed the findings of its own study, the Transformation Barometer, which concluded that white top-level managers were the ‘gatekeepers’ of transformation in their companies and acted is the biggest barriers to entry. This, she said, was why the BMF had to push government harder to put transformation higher on the agenda.

Said Mavuso: “The statistics are an anomaly because, first of all, you look at the economically active participation of blacks, which is 70%, and secondly, when you look at the stats from the Council on Higher Education, which says that enrolees and graduates at South African universities comprise mostly of black African students, you have to ask: why is this not represented in top tier management of South African companies?”

President of the Progressive Professionals Forum Jimmy Manyi, who introduced himself as Mzwanele, said much of these failures in transformation could be placed at the BMF’s door. He said the BMF had been too quiet of late, and could have done more to put pressure on corporations to take transformation more seriously.

Said Manyi: “There was a time in this country when transformation was a board issue. Corporates wouldn’t appoint CEOs willy-nilly without considering transformation because they knew the BMF would have something to say about it. Why is it that when Sizwe Nxasana left FirstRand, without leading the way for a black successor, that the BMF did not call him to order? The BMF must ask itself whether or not it has sold out.”

Watch the interview below with Manyi to get more on his concerns with the BMF’s approach to transformation.

Outgoing BMF president Bonang Mohale said the BMF had changed from an organisation that acted and reacted based on newspaper articles, and had rather focused on becoming more informed in its assessment of transformation.

“As leaders, when all you know comes from the newspapers, you become unstuck,” said Mohale. “That’s why we create these platforms so that people can really get the story behind the story. When we do query an appointment, we need to do so knowing the facts, rather making empty pronouncements based on emotions. Especially because our actions can come across as disrespectful to the individuals concerned.”

Many apologies were made in his first year in charge and, now that it had been established as a credible institution, Mohale said the role of the BMF was to be the authority on transformation. That meant that it had to understand the complexity of the issues and be independent rather than engage in “cheap political point scoring’.

He said some difficult discussions needed to be had, with white supervisors of black subordinates, for example, who feared for their own job security and therefore did not transfer key skills to those employees so as to remain indispensable to a company.

“How do we answer Adrian Gore when he says, ‘I started Discovery when Medscheme was the biggest at the time. So why now should I sell part of my company to black people who were not there when I was having sleepless nights worrying about how to pay my debts?’” he asked.

The BMF was now about forming well-researched opinions and acting upon them in a well-thought out manner, he added. The only way for it to achieve its objective of transforming top-level and senior management in corporate South Africa was to focus exclusively on matters that related exclusively to that goal.