The Netherlands plans to share centuries of knowledge and expertise around water management with South Africa when it sends a delegation to the country in November, according to Henk Ovink, Holland’s special envoy for international water affairs. 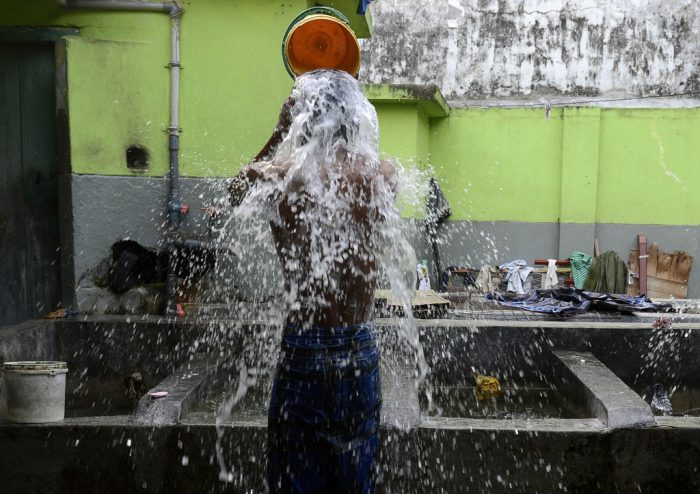 “Water availability is not getting better in South Africa. If governments around the world don’t collaborate to provide enough water, people will die,” Ovink told a delegation of South African journalists to the Netherlands on Monday.

Called on by US President, Barack Obama in October 2012 to be part of a taskforce that rebuilt New York City following Hurricane Sandy, Ovink said that he has met with South Africa’s Minister of Water and Sanitation, Nomvula Mokonyane, three times already.

He said that Mokonyane wants to put in place a new water strategy and that the Dutch delegation to South Africa will hold workshops with her department to share best practice.

With more than a quarter of the Netherlands below sea level and 60% of the country classified ‘flood-prone’, the Dutch are no strangers to dealing with water-related threats. In fact, when you arrive at the country’s largest airport, Schiphol, you are four-metres below sea level.

Due to its vulnerability to water-related catastrophes (evidenced by the North Sea flood of 1953 that claimed 1 800 Dutch lives), the Netherlands has devised a number of innovative ways of protecting its citizens from disaster as a result of flooding.

For example, Room for the River, which started in 2007, is a flood management programme aimed at providing more room for higher water levels by restoring “the river’s natural flood plain in places where it is least harmful in order to protect those areas that need to be defended,” according to the Dutch Water Sector.

A total of €2.3 billion has been invested into 39 projects and the programme has involved extensive engagement and collaboration to secure buy-in from local communities, according to Ovink.

Most parts of South Africa are categorised as either ‘medium to high risk’ or ‘high risk’ when it comes to water quantity, quality and regulatory and reputational risk, according to the World Resources Institute.

In its 2015 Global Risks report, the World Economic Forum (WEF) finds that water crises is the greatest risk facing the world in terms of impact.

Unfortunately, acknowledged Ovink, African cities may be overlooked when it comes to solving water problems because the economic value at risk is far lower than more developed coastal cities, such as Miami ($278 billion) or Amsterdam ($100 billion).

One of the local projects that Ovink and his team will be looking to get involved in is the Two Rivers Urban Park (TRUP), which sits at the confluence of the Black and Liesbeek Rivers in Cape Town.

The Western Cape government hopes to promote sustainable development in and around TRUP by, for example, creating a safe and desirable public space, as well as rehabilitating rivers and including a robust flood management plan.

The joint Dutch-South African Kingfisher programme, meanwhile, aims to decentralise tasks from the Department of Water and Sanitation to Catchment Management Agencies, which will be assisted by a number of Dutch water boards and municipality.

The Organisation for Economic Cooperation and Development (OECD) will soon be benchmarking South Africa on water management, Ovink said.

He said that the OECD assesses Holland’s 23 water authorities annually. The country, which in 1814 codified water management in its constitution, also performs its own annual assessments of dams, dikes and levees to check whether any repair or reconstruction is needed, Ovink said.

“We have invested significantly to make the water system robust enough to deal with these [catastrophic weather] events.”

Dutch people pay taxes to government and to the water board, which are tasked with handling national water protection.

According to Ovink, 75% to 80% of Europe’s water-based economy is in Dutch hands.