Investors may be keen to invest in a post-sanctions Iran. 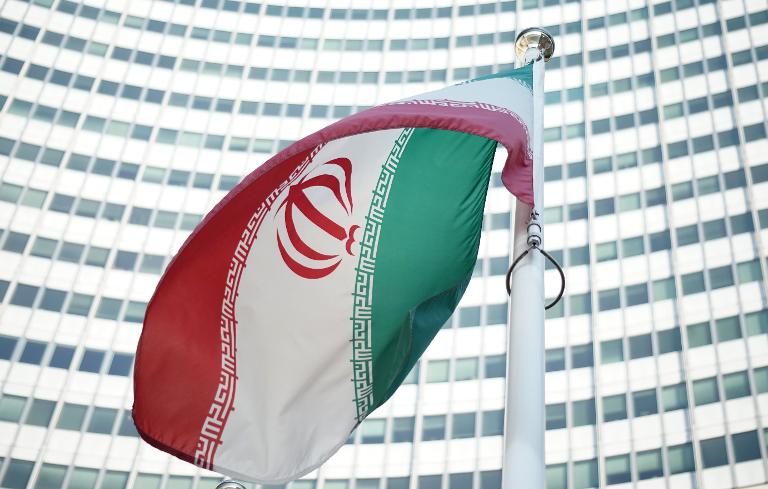 An Iranian flag outside the Vienna International Centre hosting the United Nations (UN) headquarters and the International Atomic Energy Agency (IAEA) in Vienna, on July 3, 2014

South Africa’s Deputy President Cyril Ramaphosa recently concluded a three-day working visit to Iran to establish bilateral political, economic, and trade relations between the two countries. This amid talk that the visit’s aim was to explore opportunities in the Iran energy sector that could attract investment to a refinery planned for Pretoria.

The plans to build a new refinery are related to growing demand for fuel, not just the opportunity to process Iranian crude. There may be some economic advantages to optimising a new refinery to handle Iranian barrels, as more crude will become available as investment returns to Iran’s oil sector. “A refinery that can process Iranian crude means that South Africa could also theoretically buy Russian crude, which is of a similar type, and usually cheaper than West Texas Intermediate (WTI) or Brent,” says Charles Robertson, global chief economist at Renaissance Capital in London.

The relationship between the two nations dates back to the days of the Shah. Due to its lack of domestic oil production, South Africa has always relied on imports, with Iran being one of the major suppliers before the 1979 Islamic Revolution. Relations between the two countries were severed in 1979 and not re-established until 1994. From the latter date South Africa resumed imports of Iranian oil until sanctions were implemented in 2012. “The sanctions effectively halted the flows after May 2012. Although South Africa qualified for a waiver from the US trade sanctions, parallelEU sanctions have made it too difficult to organise shipping insurance and handle the financial aspects of the transaction,” says Richard Mallinson, geopolitical analyst at Energy Aspects.

According to South Africa’s National Development Plan launched in 2012, the government has until 2017 to develop new refinery plans to cope with rising domestic demand for fuel. The Portfolio Committee on Energy said the main issue in the energy sector was an integrated and long-term vision. Earlier this year the Department of Energy (DoE) alluded to shortages of refineries in the Southern African Development Community region because of ageing refinery infrastructure.

The question is whether PetroSA has the capacity and funds to successfully deliver the project and manage a competitive refinery – many factors will influence this not only the choice whether to process Iranian crude. “We’ve requested the DoE to provide sustainability plans pertaining to the PetroSA refinery in Mossel Bay,” said Fikile Majola, chairperson of the Portfolio Committee on Energy.

After years of isolation, Tehran will focus on reforming the economy and delivering the 8% annual GDP growth target outlined in the 2016-21 five-year plan (unveiled by Iran’s leader Ayatollah Ali Khamenei with a focus on military and economic growth). South Africa is also interested in buying natural gas from Iran, along with investing in future liquefied natural gas projects in the Islamic nation. “Iranian exports may also be less expensive than other sources at first, but I would expect these discounts to largely fade over time, as it would take several years to build a new plant,” says Mallinson.

The issue now appears to be that existing refineries, some of which were previously optimised to handle Iranian crude, have been modified to handle other grades because of the disruption in flows. Mallinson says this may make the refinery operators less interested in purchasing Iranian crude even once sanctions are removed, but he does not expect this to be an absolute barrier, particularly if Iranian barrels are priced attractively, unless the modifications have been very extensive.

Renaissance Capital predicts that Iran’s GDP will accelerate by around 5 to 7% between March 2016 and March 2017. This will be driven by the $29 billion in frozen offshore money returning to Iran in the next few months, a boost to oil exports as sanctions are suspended, and greater domestic liquidity from both these factors and inflows of foreign capital. “Iran has a GDP of $441 billion and South Africa has a GDP of $390 billion. We see a number of economic sectors that present great potential for cooperation. These include petrochemical gas exploration and the alternative energy sectors; mining and financial services,” the presidency said.

A key event everyone is waiting for is the lifting of banking sanctions. These included engaging in activities, including financial and banking transactions, with the Government of Iran, the Central Bank of Iran, Iranian financial institutions. According to Robertson, there are expectations that the negative trends in the stock market and housing will reverse. He says many investors will get their first access to Iranian assets via a possible Eurobond issue in 2016, provided sanctions are lifted.

The Islamic nation said it approved a draft of international oil and gas contracts to attract foreign investors but has not provided details so far. “South Korea, Japan, Turkey, China and Greece have historically imported Iranian oil, and South Africa may be able to win export orders in return for buying Iranian oil too,” says Robertson.

The OPEC member will announce new oil and gas contracts at conferences in Tehran and London on November 21 and 22 and February 22 to 24 respectively.

Travel ban: Answers to your questions about cancelled flights and more
2 hours ago
2 hours ago
PREMIUM!

Travel ban: Answers to your questions about cancelled flights and more
2 hours ago
2 hours ago
PREMIUM!