With low returns, there’s one thing you can control

Time to sharpen those pencils. 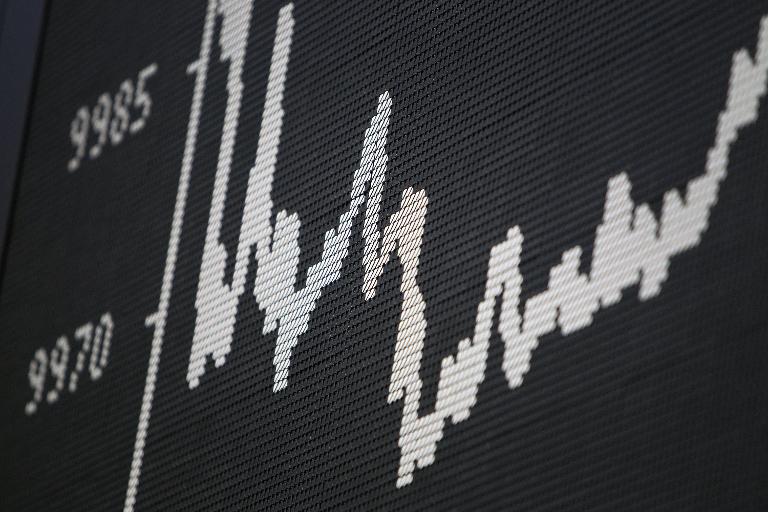 A feature at the event every year, Sir Martin Sorrell, CEO of the world’s largest advertising firm WPP, is generally worth listening to. He should be, given that the ad-giant sprawls across the globe and and services clients in most industries’ imaginable.

Sir Martin told a session at Davos (according to The Telegraph) that “The new normal is a low growth world where inflation is probably under too much control – I think that’s the scenario that will continue.”

Now, if we as investors accept this environment as a given, there’s precious little in our control. The JSE will list (no pun intended), like a cork in the ocean… And that’s to be expected, given the relative size of our equity market. We’re at the mercy of far more powerful global financial flows and forces. We can’t fight the tide, whether it’s coming in or going out.

So, we can ensure we’re diversified. That should be a given. We may also try hunt for returns, hoping to eke out an extra percentage point or two here or there…

The one thing we have direct control over as investors, however, are the fees we pay on our investments. Thankfully, fees have been on a ‘downward trajectory’ for years now. It’s not just regulation, market forces have also been driving these ‘prices’ down. Gone are the days of paying 3%-plus a year for a general equity fund. And those hefty up-front (and other) commissions paid to financial advisers on complicated, poor-performing products are mercifully a thing of the past.

Yet despite the talk about fees, we haven’t needed to pay too much attention. The JSE’s been doing well and offshore investments are shooting the lights out; everyone’s happy. In a world of >10% returns, you might not worry too much about paying 2% or more per year in fees.

But when, in the near term, you’re facing the very real prospect of single digit returns – if you’re lucky to achieve positive returns at all – every percentage point is worth gold.

There are funds in the local market – very large, prominent ones at that – that are charging more than 1% just to achieve benchmark performance (!). You probably need to read that again and think about it. You’re paying double (or triple) what passive funds charge to match the market. (Worse, some houses are now benchmarking against the returns of South African general equity funds, excluding their own funds… but let me avoid that tangent for now). Those benchmark performance fees don’t include performance fees or ‘other expenses’. Add those in, and it’s not uncommon to find general equity funds charging well over a total of 2% in annual fees.

Where does this leave you as an investor? Already some very smart economists and analysts, Peter Attard Montalto of Nomura included, are forecasting inflation in the 6.5% range this year (and higher next). This means you need returns of at least 7%, using the bare minimum fees from passive funds of 40-50 basis points a year to beat inflation. With typical active management fees of at least 1.5% a year, your hurdle is 8%, possibly closer to 9%.

But how can CPI ‘only’ be 6% or 6.5%, I hear you asking… After all, healthcare, education, utilities/rates and food (read: Woolworths Food) inflation together is far closer to double digits than it is to 5%. So, your true ‘hurdle’ to match inflation is likely something like 7 or 8%, without fees. Now add fees… see the problem?

To illustrate this, I’ve taken the investment returns over the past five years of different asset classes from last week’s column on the importance of diversification and added – technically subtracted – the impact of fees…

An investment of R100 000 made five years ago could not have achieved the compounded return of the JSE over this same period (R183 922, or the dotted blue line), because the fees are excluded for this calculation. The best case, likely, is fees of 0.5%, meaning the growth illustrated by the solid blue line. Similarly, CPI (the dotted grey line) is not the best ‘hurdle’ to be using. Rather, I’ve plotted a solid grey line which equates to CPI, plus 2%. Don’t get me wrong… I’m not saying fees are evil, nor am I suggesting we should abandon them and exist in some sort of alternate utopia where everything is free. Fees are a fact of life. But, there’s a massive difference between 1% and 2% compounded over a 10-, 20- or  30-year time horizon. The numbers are just so complicated that we often don’t take the time to fathom the impact.

Even on a relatively modest investment (R100 000) over a five-year period, the impacts are clear.