Fresh from winning Rap Album of the Year from the Samas, Emtee makes Mzansi proud by being nominated big once more. 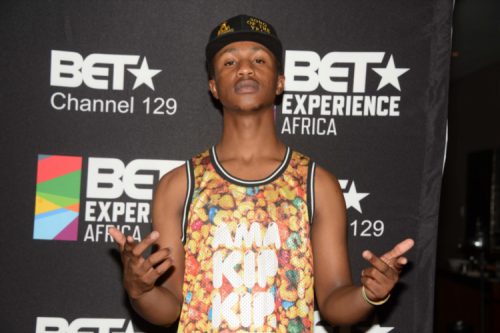 It seems like there is no stopping rapper Emtee as his music keeps getting recognised in almost all the award shows. Emtee’s debut album, Avery, proves to be a hit as the rapper scooped Rap Album of the Year at the South African Music Awards this past weekend.

On Wednesday, it was announced that Emtee has joined the list of BET nominations. The Pearl Thusi hit maker has been nominated for Viewers’ Choice Best New International Act category, going against Tkay from Australia, MHD from France, Falz from Nigeria, Section Boyz from South London and WSTRN from West London.

Emtee will be joining DJ Black Coffee, who swept four Sama awards for Best Dance Album, Best Engineered Album and Album of the Year for Pieces Of Me, as well as International Achievement Award after going to the Coachella festival in the US.

Coffee has been nominated alongside Kiernan “AKA” Forbes and Cassper Nyovest in the BET Awards’ Best International Act: Africa Awards category. Could this be South Africa’s chance at winning our first ever BET award? Congratulations to our rappers for representing Mzansi.

Tune in to the 2016 BET Awards on June 28th to see who will take home the award.