Developing technology has changed the world forever. So much so that it takes a film of this nature to bring people back to reality. But what is reality? Does anyone even know anymore? 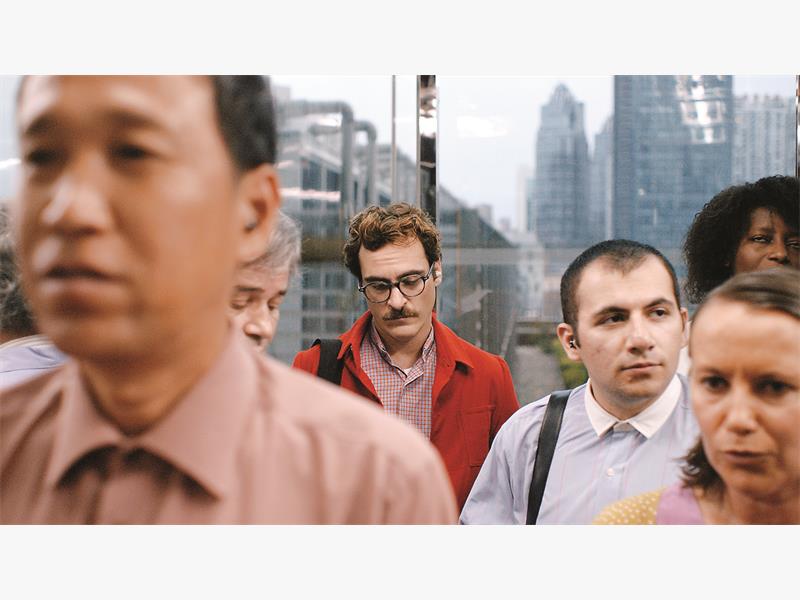 Her shares the story of Theodore Twombly (Phoenix), a lonely and introverted writer, who works for a company that composes personal love letters for people who have difficulties expressing their feelings. Although talented at stringing words together and being effectively flattering on paper, Theodore is undergoing a divorce from his childhood sweetheart, Catherine (Rooney Mara).

Setting the film in Los Angeles sometime in the future, screenwriter and director Spike Jonze is not shy in his approach – presenting a cleverly imagined city and some bold commentary on artificial intelligence that leaves its audience considering just how far off the onscreen scenario might be.

Theodore, along with his fellow commuters, checks his e-mails on the ride home from work using a small earpiece. He communicates with the device using voice commands to relay instructions, with the operating system responding by reading and replying to the messages.

Setting the scene for an unusual love story, Theodore downloads a brand new operating system called OS 1. Said to be the next big thing, it is really just a ramped-up version of Apple’s Siri. It comes with the sultry voice of Scarlett Johansson, who voices the avatar “Samantha”. The film then takes a leap into the world of science fiction. The computer, which sets itself up according to its owner’s needs, is designed to adapt and evolve as a human would.

Theodore and Samantha begin interacting in surprisingly intimate ways – including some awkward sexual scenes that comprise “oohs” and “aahs” sounding over a blackened screen – and soon classify their situation as a relationship. Becoming much more than just a programme, Samantha starts to experience her own emotions, desires and fears, evolving far beyond Theodore’s grasp.

For all its strong and penetra-ting message, the film progresses slowly, playing out like a classic pen-pal story. It’s engaging from beginning to end. Phoenix does well in keeping the audience interested, holding attention, mostly on his own, for the majority of the film’s scenes.

The film’s title is a cautionary note on the significance we place on technology. Put down the cellphone, step away from the computer and take a moment to breathe. Take in the scenery around you, interact with the people in the room and pause to reflect.

Taking a bullet for flirting
3 days ago
3 days ago

Taking a bullet for flirting
3 days ago
3 days ago