Given the all clear

Thabo Malema, no relation to Julius, possesses great method in the madness he portrays on screen. 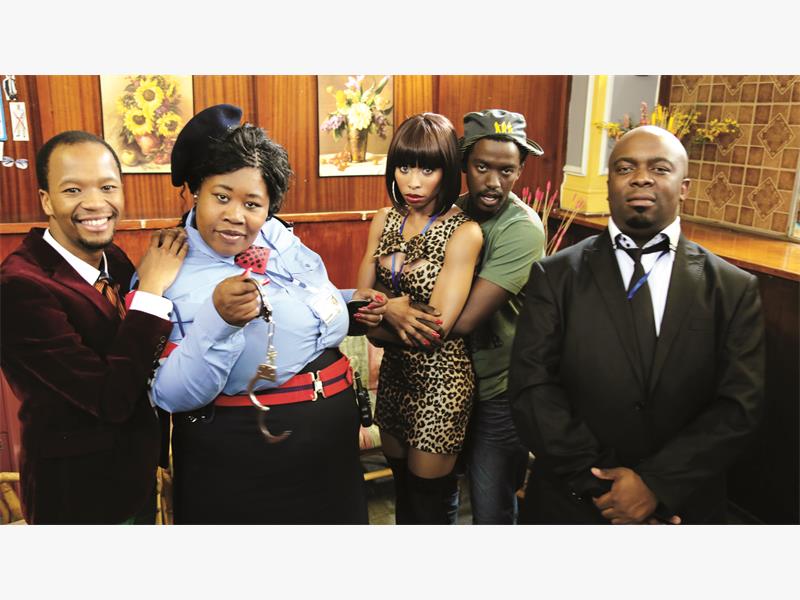 In Skuif, he played a comical thug with an enthusiasm for violence and unpredictability. Malema made the part his own, adding some Pretoria slang to his Johannesburg street smarts. Armed with a live performance honours degree from Afda, Malema is a gem on the brink of capturing the wider public’s imagination.

He is as much a rabble rouser in person as he is in Skuif – and if his talents are rewarded, he will soon be thrust into the national limelight. He is fond of his political namesake, and would like to play the leader of the Economic Freedom Fighters one day.

“He is a voice to be reckoned with and would prove very interesting to play. I would have to gain some weight, specifically around my belly – and then I would master how he speaks. It would be a very good drama film, with underlying tones of clever comedy.”

At the moment, Malema is starring on situational comedy Check Coast on Vuzu, under the direction of Rolie Nikiwe. The show is a first in South Africa in that it uses the faux documentary style pioneered by Ricky Gervis for The Office and later adopted by Parks And Recreation and other successful series.

“The first three days of shooting Check Coast were extremely difficult because I literally had to unlearn everything I was taught at school,” says Malema.

“Breaking the fourth wall and being allowed to look into the camera and so on was permitted. Fortunately, we had good directors who made the adjustment very smooth.

“They gave us space to interpret our characters in a good way. We could bring a bit of ourselves into the roles and make them our own.”

Kabomo Vilakazi and Khanyi Mbau star in the new satirical comedy series alongside Malema. The term Check Coast is township parlance deriving from the more formal “check if the coast is clear” – usually said to a look-out man when a crime is going down.

The show takes the viewer on a journey through the lives of the staff at the Centburg Department of Home Affairs. Vilakazi plays the head of the department in a surprisingly reassuring manner as a re-deployed cadre. Mbau predictably plays a vixen engaged in an affair with Vilakazi’s character, while Malema plays a hustler who constantly tries to win the affections of Mbau’s character. Vilakazi is especially hilarious as the slightly dim leader of this bunch.

Malema’s role is straightforward comedy, which he feels was a welcome relief from the drama he is accustomed to playing on a regular basis.

“Comedy brings with it some obstacles for an actor, especially this show, which was technically challenging in the beginning,” says Malema.

“Drama is good, but comedy allows you to explore your craft a bit more – and there is room to take risks.”

As far as his career is concerned, Malema wants to play roles that are beyond his frame of reference and move beyond the typical South African narrative.

“I think we have done enough township stories about poverty or crime. It is time to do something else,” he explains.

“We should tell different stories because most of the time film creates something and then it reflects it back to society. Artists need to lead with imagination and show possibilities to society. I have played a lot of street guys so far, but it would be cool to play an IT guru in a sci-fi film.

“I want to be in a futuristic film where I have to start from a scratch and have a role that cannot be compared to anything that already exists; something that will solely depend on my interpretation of it.”