A bit of a drag

Ceri Dupree is not your average cross-dresser. 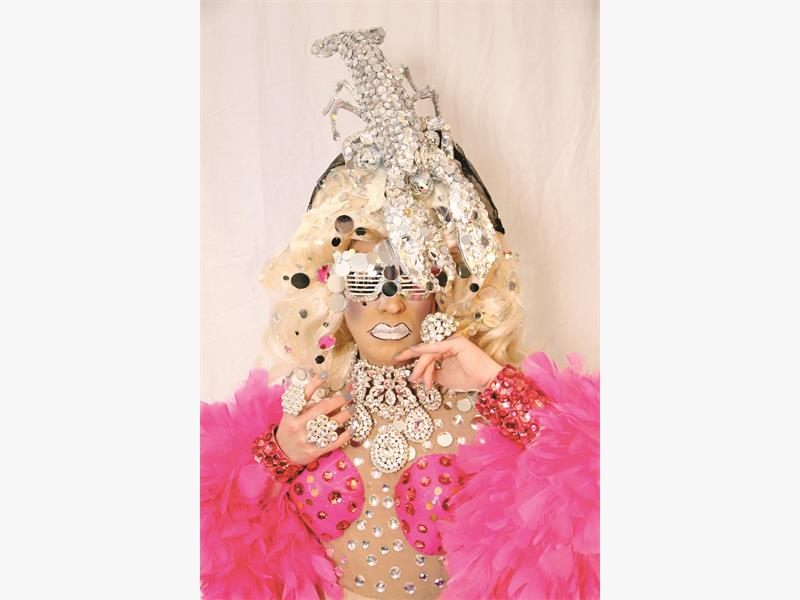 SOMETHING FISHY. Ceri Dupree all glammed up as Lady Gaga.
Pictures: Supplied.

Nor is he your average entertainer. For 90% of  his show, The Ladies I Love, Dupree is clothed in exceptional female attire, mimicking the quirks of high-profile celebrities, before stripping down to a gentlemen’s suit and tie and revealing his true self.

This (wo)man has worked all over the UK in cabaret, corporate functions, summer shows, musicals and pantomimes. He is rude and risqué, but also fabulous fun.

Dupree is a flamboyant drag artist and an incredible impersonator, who has clearly studied the idiosyncrasies of leading female stars over the past four decades, from Tina Turner to Amy Winehouse.

In fact, those two are among the best examples, but unfortunately they only feature later in the show, when the novelty factor may have worn off.

If you know the stars, their dress sense and mannerisms, you’ll see the resemblance, but for younger folk, the accuracy or otherwise of Edna Everage, Edith Piaf and Shirley Bassey will be less apparent.

More than a comic in a frock, Dupree sings, dances and does stand-up. He is witty and clued-up, introducing some local humour into an otherwise very English production.

Between the jokes, are renditions of classic songs, such as Cher’s The Shoop Shoop Song, each performed in character, allowing audience participation and singalongs.

The outfits are spectacular, including wigs, weaves, wedges and stilettos, some of which are worn better by Dupree than by the stars he’s paying tribute to.

All the costume changes are made behind a screen on stage, with just Dupree’s silhouette transforming from another character – helping his audience to guess what is coming next.

Considering that all the changes, from make-up to undies, are done on the spot, Dupree’s timing is remarkable. But after the fifth or so change, it starts to become a drag (if you’ll excuse the pun).

IN PICS: Behind the scenes of Joburg Theatre's Cinderella
5 days ago
5 days ago

IN PICS: Behind the scenes of Joburg Theatre's Cinderella
5 days ago
5 days ago