The rapper is celebrating the release of his album, Thuto with a party in Soweto this weekend. 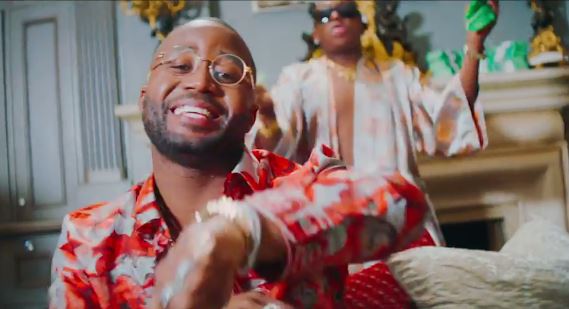 While Drake definitely isn’t featured on Cassper new album, he has roped in an international act in the form of soul singer Goapele who grew up in South Africa and became famous in the US after dropping her single, Closer a few years ago.

Cassper also has Riky Rick on his album and Nadia Nakai who is signed to his label, Family Tree. The album is also set to have  mature touch to it with the legendary Tshepo Tshola featuring and muso Black Thought.

The album will be released on May 7.

The full album tracklist below I got a new album dropping in basically 5 days. Focused!!! I can't wait to share this project with y'all. Soooo happy with it.

I love my South African people. The love you continuously show me I do not take for granted. Kea Leboga!!! I'm taking out music the world????????

I should've got you to sign an agreement before hand in case you change your mind my leader… lol https://t.co/9eFhaON8yl

Details of the album release party Cassper selling sneakers he performed in at the Dome for R100k