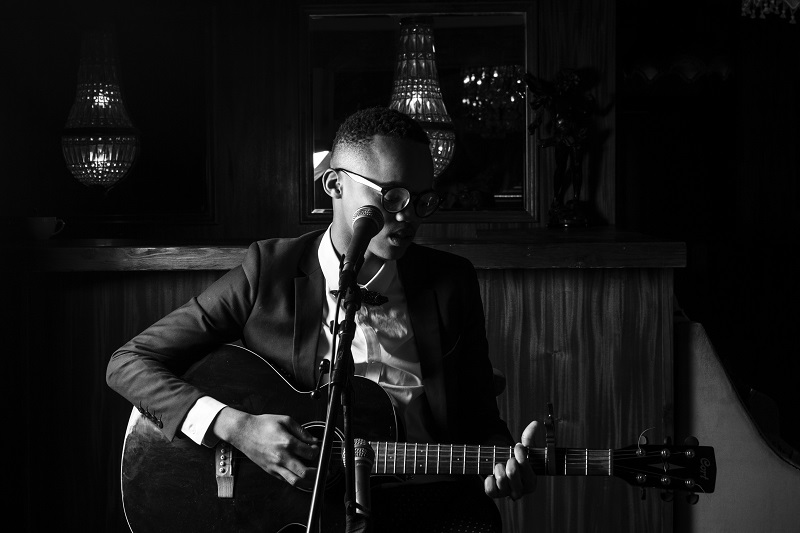 Alek Blak, real name Yamkela Mdaka, was first introduced to the media industry through journalism, and he later decided to pursue his dream of being a musician. His musical journey began when he was about 16, and while he has always loved music, he never thought there was any musicality in him until his mother made him aware of his talent.

Soon after learning he could sing, Alek began teaching himself how to play the piano and become an active musician after university. Earlier this year, he released his first offering to the music industry, a song titled New Day, which will soon be followed by an EP.

“To be quite honest, I was a bit nervous of how the song was going to be received because it doesn’t resemble the typical sound we’re so used to hearing in South Africa, but the response has been extremely positive, and I’m very thankful for that.”

“I always battle to describe my music because I don’t think it fits into one particular category or genre. I enjoy listening to the different ways that people interpret it, and always say that one should decide for themselves what category they want to put it in,” he adds.

“In terms of describing it, I always say that my music is an ambience, a space one enters. It makes you travel to a part of yourself that you’re not always in touch with. While at face value, the music might seem quite sad, it carries with it a strong message of hope.”

Alek believes that starting off as a journalist put him in a great position in terms of the industry, as being in media has given him access to spaces and people he would not have otherwise known. He is currently working as a grooming and lifestyle journalist at Destiny Man Magazine.

“For a long time, I always believed that the South African music industry was very one-dimensional, and to make it, one had to do a particular style of music. But I think today, it has evolved so exponentially, and there’s so much more room for experimentation, an exploration of different sounds, and because of the digital privileges we enjoy today, there’s also so much more opportunities for musicians to make it on their own without a record label.”

“It’s a beautiful space to be playing in right now, and I can only imagine how much brighter the future of the industry will look in the next 10 years,” he adds.