Though her wedding ceremony in 2010 was not the one she had hoped for, the first lady says she was happy, despite what reports claimed at the time. 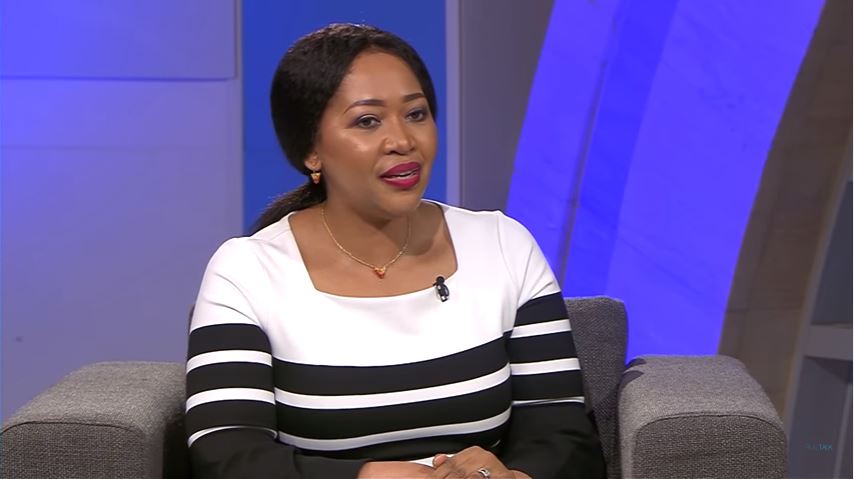 President Jacob Zuma’s wife, Tobeka Madiba-Zuma, has opened up about her relationship with the president in a recent interview with Anele Mdoda.

Madiba-Zuma probably opened up during the show because bae was not watching, as he was busy running the country, she told Anele.

The first lady said her life in the spotlight did not start when she dated the president but earlier in her life when she won beauty pageants. She actually won Miss Ellerines and Miss Black Aces at the time.

She never thought she would be South Africa’s first lady.

Madiba-Zuma said when she met the president, there were no cellphones at the time, so he would call her on a landline, which made things a bit awkward for her when her mother took messages for her.

The president made matters worse by calling at odd times, and usually when she was not at the house.

“At the time, I was working and studying at the same time. I would attend lectures and work during the day, and I would be home late in the evening, and, of course, come back to a warm message that I would get.

“Then from 1993, my mother would say: ‘There’s a Jacob Zuma who called,’ and I would say OK with a straight face, expressionless, and say thank you. She wouldn’t say anything else, but every time, I held my breath hoping she would not ask me who Jacob Zuma was because there was only one, who was called a ‘terrorist’.

“I’m sure my mother was asking herself: ‘What is my daughter doing with a terrorist?'”

Zuma kept calling until Madiba-Zuma told him to only call when she was home.

“It would be easier because when the phone rings I know, and I would be the first one to jump and run and grab it. I would even strategically sit next to the phone while watching TV so when it rings I’m like, ‘I’ve got it’.”

It was not love at first sight for the couple who met at the bank, where Madiba-Zuma worked at the time.

“At first it was a client-banker relationship which over a period of time, he didn’t want to be helped by others, he would wait until I was available.

“That’s how I got to meet him because I was handling his accounts,” she said.

The couple dated “for a long time”, got engaged and married in 2010, though Madiba-Zuma started being recognised as Zuma’s spouse in 2009 after lobola had been paid.

Though she was happy, the wedding she had was not the one she had always wanted growing up.

“When you’re a young girl, you think you’re going to wear a white dress and walk down the aisle, but mine was different. Not that I’m complaining, but I enjoyed it because it’s my culture, I’m proud.”

Following the ceremony, there was a rumour that Madiba-Zuma had hesitated to say ‘I do’ to the president, which the first lady denied.

She said in her culture, you raised an umkhonto to say your ‘I dos’ instead of saying it verbally.

You then sing a song to him to show that you accept him as your husband, and he gets up, and you both do the dance.