There are two great pleasures in this world that all people enjoy: music and laughter. 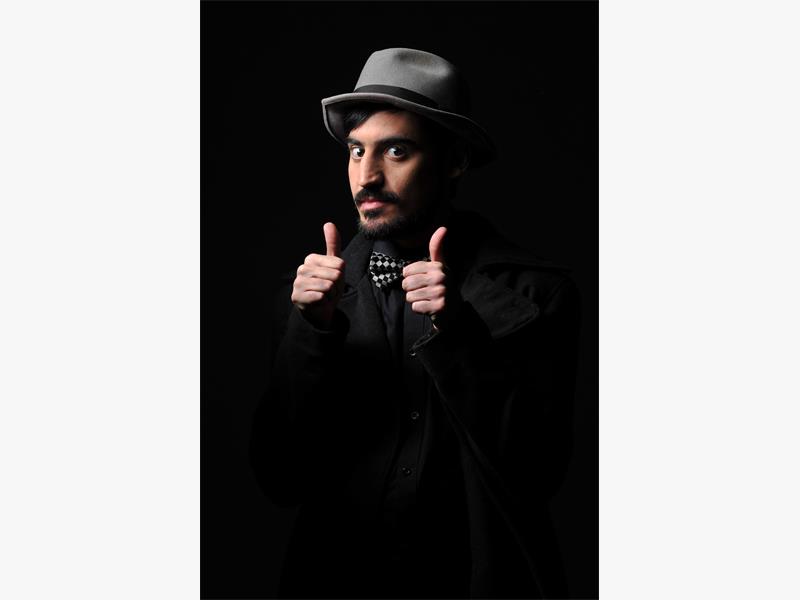 Daniel Friedman, aka Deep Fried Man, has won a number of awards for his work. Picture: Supplied.

And entertainer Daniel Friedman – better known as Deep Fried Man – provides both. Strumming his way into election season, it is mere coincidence that the opening of the comedian’s new one-man show, Deep Fried Man Kills, commences just hours after the country takes to the polls (and there’s no better way to treat a little post-election stress than an evening of comedy).

Friedman covers everything from the Oscar trial to e-tolls and political parties – his topics are always a reflection of the times – and his parody songs leave no stone unturned.

“Comedy is tricky because sooner or later you’re going to offend someone,” says Friedman.

“I try not to pick sides and instead find a middle ground, but it’s challenging because the audience themselves pick sides. People are always happy to laugh at others, but the best kind of audience is those who can laugh at themselves. And if people get upset, I must be doing something right, and they always find a way to forgive you – look at Zapiro.”

Fortunately, given Friedman’s style of comedy, if you don’t like his jokes, there’s a catchy song and melody to accompany it, and the songs stick in your head for days after the show.

“Comedy happened by accident,” he says.

The now award-winning comedian was once an aspiring musician, releasing albums under the name High Society. Adding satirical lyrics to his songs was a sideline, but encouraging feedback from friends, brought to life a whole new persona – an awkward character carrying an acoustic guitar and wearing a bow-tie and a fedora.

“I love to take serious situations and fit them to the most frivolous of songs. My songs are 50% parody and 50% original.”

Friedman was largely inspired by the New Zealand-based comedy duo Flight Of The Conchords. “When I first started musical comedy, it was seen as uncool. It worked in my favour though because I was doing something different to other local comedians. I loved being the underdog, because it was easier to dazzle people. Now, as the headline act, people expect more,” Friedman says.

“Unfortunately, I don’t have the luxury of a singer-songwriter who can perform the same songs over and over again, so I aim to do a new show every year with fresh content.”

Friedman’s formula of blending folk music with satirical lyrics is a winning one and he’ll be hoping that his new show continues that trend.