New information has emerged on the controversial video of actresses Jessica Nkosi and Phindile Gwala that has caused a stir on social media. 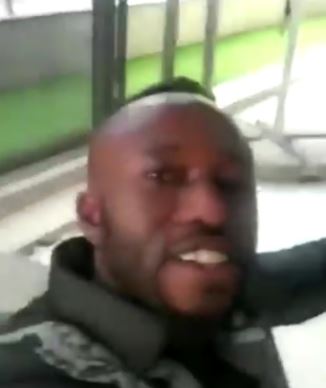 King, according to the sources, is originally from Uganda and lives at the Michelangelo Hotel in Sandton, Johannesburg.

In the video, Phindile – a former actress on Muvhango – is seen with a plate laden with R50 notes at a restaurant trying to literally ‘eat’ the money. While Jessica is seen laughing and taking pictures of her friend enjoying the experience.

According to Sunday Sun, sources close to the situation said the incident happened at a popular restaurant at Gateway Theatre of Shopping in Durban. The two ladies were in the company of a new blesser known as King – who has apparently gained notoriety for flaunting money on social media and at every local night club.

King, according to the sources, is originally from Uganda and lives at the Michelangelo Hotel in Sandton, Johannesburg. Those close to him claimed that he called himself “a member of the rich gang”.

Sunday Sun also reports that, a source alleged this was not the first time Jessica was spotted with King.

“A few weeks ago, they were spotted at a popular club, north of Jozi, popping bottles,” the source said.

The guy has apparently been pursuing Jessica for a while, and has been lavishing expensive gifts on her in an attempt to win her over.

Another well-paced source told the tabloid, the two ladies have been hanging out with King and his gang. They are said to be not short of what they need when they are with him.

Jessica could not be reached for comment, but her publicist said she was an “innocent bystander”.

“She was meeting a friend for lunch. What transpired left Jessica upset. This not the company she’s used to keeping nor the environment she wishes to associate with her personal brand,” Sarit Tomlinson said.

Phindile could not be reached for comment on the matter.