Verne Troyer, best known for his role as Mini-Me in the "Austin Powers" movies, has died, according to a post on his official social media accounts Saturday. He was 49. 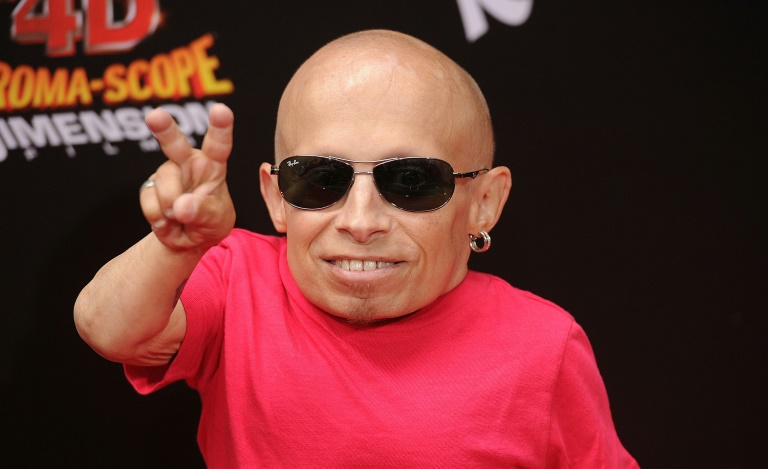 While no cause of death was revealed, the post spoke of the diminutive actor’s “recent time of adversity” with depression, noting he recently got baptized.

“Depression and Suicide are very serious issues. You never know what kind of battle someone is going through inside. Be kind to one another. And always know, it’s never too late to reach out to someone for help.”

Troyer was taken to hospital early this month for unknown treatment. The actor spoke about his problems with alcohol during another hospital stay a year ago.

“It is with great sadness and incredibly heavy hearts to write that Verne passed away today,” the post read.

One of the world’s shortest men at just two feet eight inches (81 centimeters) due to achondroplasia dwarfism, Troyer first entered show business as a stunt person in “Baby’s Day Out” (1994).

“In 1993, I was working for Sprint in customer service, and a friend of mine who was the president of LPA – Little People of America — got a phone call from the producers of ‘Baby’s Day Out,’ and they were wondering if there was anyone close to a stand-in size,” he recalled in a 2012 interview with Hollywood Chicago.

“I guess they searched worldwide and couldn’t find anyone. I sent in my picture, and they flew me out to Hollywood to meet with them. Two days later, they offered me the job, and I quit my job at Sprint.”

In addition to his breakout role as the evil “Mini-Me” in the first Austin Powers movie “Austin Powers: The Spy Who Shagged Me,” Troyer was also known for playing Griphook in “Harry Potter and the Sorcerer’s Stone.”

“Verne was an extremely caring individual. He wanted to make everyone smile, be happy and laugh. Anybody in need, he would help to any extent possible,” the social media post read.

“He inspired people around the world with his drive, determination, and attitude.”