They're back on home soil after pocketing their fifth Grammy. 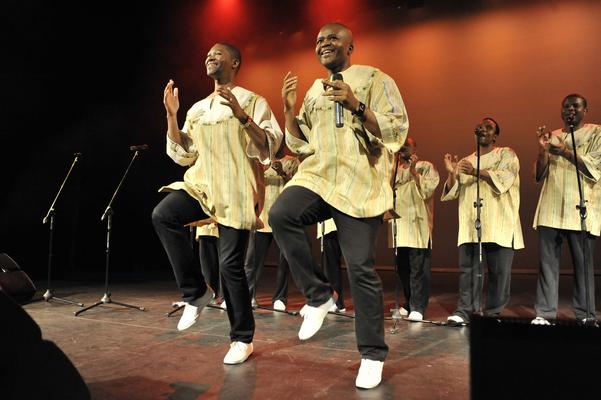 Back on home soil, and fresh from pocketing their fifth Grammy award with their latest album, Shaka Revisited, earlier this year, Ladysmith Black Mambazo will soon be taking to the South African State Theatre stage to commemorate the centenary of the birth of Nelson Mandela.

The group not only scooped the Best World Music award at the Grammys, but also dedicated their award to Mandela.

State Theatre spokesperson Thakgatso Setseta said the group would have three shows in June. He said the male choral group was one of Mandela’s favourites and they accompanied him to Oslo, Norway, in 1993 when he received the Nobel Peace Prize.

And Ladysmith Black Mambazo sang at his presidential inauguration in 1994.

“After many more special appearances with the South African icon, Mandela proclaimed the group South Africa’s cultural ambassadors to the world,” said Setseta. “This year, the isicathamiya music group is celebrating an amazing 58 years in the music industry and are regarded as a mobile academy of South African cultural heritage through their African indigenous music.

“Most importantly, the group also salutes and dedicates this award to their founder, Professor Joseph Shabalala, who led this group from the dusty streets of Ladysmith to global prominence.”

Shabalala’s inspiration for the group came to him in a dream, in which a choir of children sang and danced, and so it first came together in the early 1960s.

He introduced a new style of music and movements, which made isicathamiya fashionable and prominent in the entertainment industry at the time.

Having won five Grammy awards and being nominated more than 18 times makes Ladysmith Black Mambazo one of the most recognised musical groups in the world.

Tickets are available at Computicket and cost between R150 and R300.