When one hit wonder Sharon Dee exclaimed at the top of her lungs that "local is lekker" in the mid-Nineties, many South Africans failed to heed the call. It could have been a combination of the horrendous video that matched the song for bad taste. But the tune became a pop anthem and the term transcended music and became a phrase that alluded to patriotism and supporting all things South African.

Times were a-changing and it was populist songs that would galvanise the new South Africa were a useful tool. The government of the time did not see it that way and Independent Communications Authority of South Africa, for example, mandated that radio stations had to fill a quota that required them to play only 30% local music in their playlists.

At times this still seems like an imposition that local broadcasters have to comply with in order to get a license, because many do the bare minimum. However, North West FM, the only commercial radio station in the province for which it is named, has decided to embark on an initiative that seeks to re-instill pride in locally produced music. 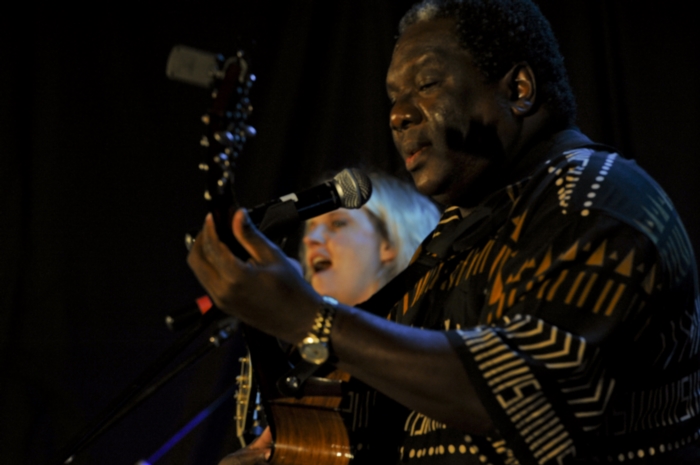 According to figures from Entertainment Monitoring Africa, South African stations collectively played only 28% of home-brewed music in 2013. Since the beginning of April, North West FM has dedicated an entire day of its programming to only local music. The station’s Proudly South African Music Thursdays is about playing 100% SA music, conducting more interviews with local artists and at times presenting live in-studio music performances.

“This does not mean we don’t play South African music or interview local artists on other days,” says North West FM’s head of programming, Pat Guma.

“The difference is that on Thursdays we do much more than is required by our license conditions. It is also possible that we have, on a regular basis, exceeded the requirement of 30% local music elsewhere.”

The idea of an all-day South African music celebration sprang from Guma’s weekday breakfast programme, The Big Show. It all started in October 2013, when he began playing only local music on Thursdays, during his 6am to 9am show. At the beginning of April, the station management decided to extend the idea to other shows so that it became a 24 hour campaign.

“We have been receiving a lot of complaints from local artists saying it’s hard to get their music out there,” continues Guma.

“This strategy is a risk we have taken to discover and grow local talent in the North West.”