This production commands attention and should certainly be seen by discerning theatregoers. 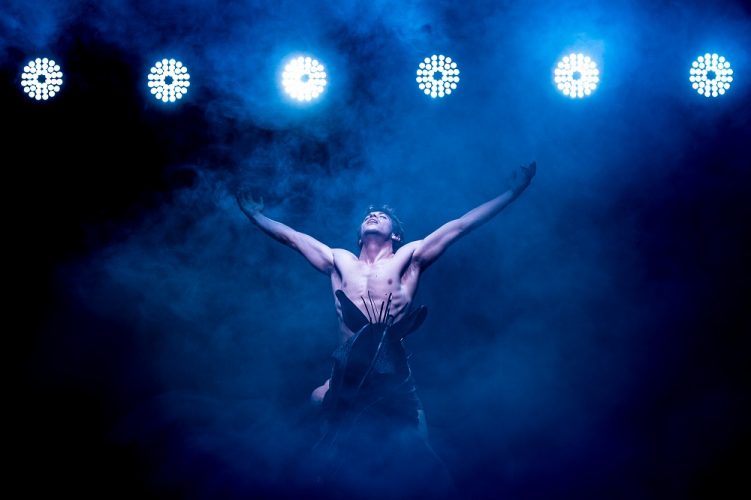 Peter Shaffer’s classic Equus is one of theatre’s most profoundly intelligent and potent plays.

Forty-six years after it was first written, the boy who blinded horses remains a scintillating example of a playwright’s craft. When well executed, as is the case with its resurfacing in South Africa under the Pieter Toerien banner, it touches every fibre of our being.

I first became acquainted with this haunting work during my early days on the entertainment pages at The Star in the ’70s when three imported stars, Dai Bradley, Kim Braden and John Fraser, fleshed out key characters in the play, staged at the then Civic Theatre.

An integral part of the narrative was a nude scene, and it shocked quite a few Mother Grundys at the time. It is still a potent facet on the Pieter Toerien stage at Montecasino in Johannesburg and is delicately orchestrated.

Shaffer penned the play in 1973 and it told the story of a psychiatrist who attempts to treat a 17-year-old boy who has a pathological fascination with horses. It was based on a true story which occurred in a small town near Suffolk. Though fictional, the playwright constructed an account of what might have caused the incident, without knowing details of the crime.

The action of the play becomes something of a detective story as psychiatrist Dr Martin Dysart, played by Graham Hopkins, attempts to understand why the boy Alan Strang (Sven Ruygrok) committed the foul deeds, while at the same time wrestling with his own sense of purpose.

Under the deft direction of Cape Town’s Fred Abrahamse, who visualises the unfolding of events through cinematic eyes, this Equus is a pulsating, totally engrossing work of art in which the two characters, the psychiatrist and teenager, are riveting in their interpretations.

One can feel Strang’s pain and the trauma engulfing him as Ruygrok immerses himself beneath the boy’s skin in an acting tour de force.

Hopkins once again demonstrates his enormous capacity for inhabiting a character. His sensitive shaping of Dysart taps into the depth of the character as he questions his own beliefs.

A feature are the horses; a skillful blending of masks and hooves with human actors. The real strength of this play, however, lies in its intellectual standpoint.

Many pertinent issues inform the narrative – religious and ritual sacrificial themes – and come to the fore in the way Strang builds his own personal theology, embracing horses and the supreme godhead, Equus. He views the horses as representatives of God and confuses sexual attraction with his adoration of his “God”.

Another significant facet is the playwright’s examination of his own conflict between personal values and satisfaction and societal mores, expectations and institutions. Through Dysart’s character, Schaffer channels the dichotomy between rational thought and emotion, making references to the Greek gods Apollo and Dionysus in the process.

The supporting actors don’t fare that well. The Northern England accents of Strang’s mother, Dora (Maggie Gericke,) and obnoxious father, Frank (Andrew Roux), don’t sit easily on the ear and some of the important dialogue is largely unclear.

Cassandra-Tendai Mapanda plays magistrate Hesther Salamon, while Monique Basson is Jill Mason, who works with Strang in the stables and is attracted to him. Marc Goldberg is cast in the dual roles of stable manager Harry Dalton and a male nurse at the psychiatric facility.

Equus is a production that commands attention and should certainly be seen by discerning theatregoers.