Movie review: Guardians of the Galaxy

Even Marvel know that in order to keep their film franchises booming and to avoid the superhero genre becoming monotonous - the same good versus evil plot retold yet again - they need to raise the bar beyond mere graphics. 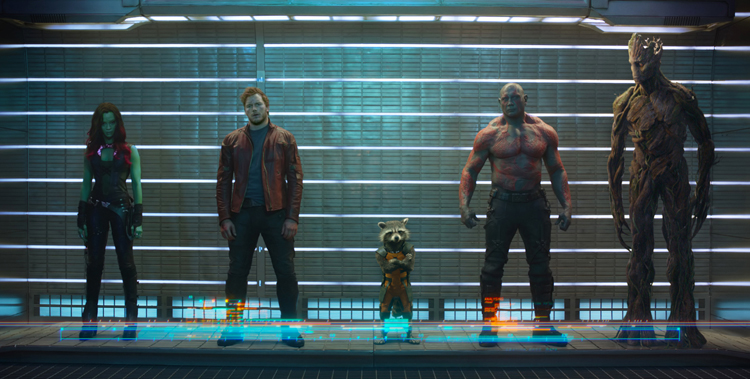 While their latest blockbuster Guardians Of The Galaxy is an obvious attempt to break the pattern they’ve established elsewhere (the Avengers, Iron Man and Thor films, among others), it fails in its execution. The film weaves through a variety of different genres – drama, comedy, fantasy, action, adventure and romance – within its two-hour running time.

Expanding the Marvel cinematic universe into space, the story follows the life of a brash adventurer Peter Quill (Pratt), who gets abducted by a giant spaceship when he is a little boy. Amidst the pain and suffering of losing his mother to cancer, Quill gets given an “easy escape” card to a place far beyond his imagination, where he adopts the role of Star-Lord.

Skipping forward 26 years (the Seventies soundtrack is sustained, for some reason), he steals a mysterious orb coveted by the villainous Ronan The Accuser (Lee Pace) and finds himself the object of a manhunt. In order to evade Ronan and save the galaxy from annihilation, Quill reluctantly gathers a team of misfits, together known as the Guardians of the Galaxy.

Here, characters range from a green warrior assassin to a genetically engineered raccoon and his sidekick, a tree-like humanoid (Diesel) whose only vocabulary comprises the words “I am Groot”.

With the galaxy’s fate in the balance, this new group of unlikely heroes rise to the occasion in a quest to save their wide-ranging alien species. There’s just far too much going on, though. While the script provides a few gags, it takes more than a few zany quotes to qualify a film as a comedy comedy. Moreover, the production is still largely dominated by special effects, sci-fi violence and impending danger.

And there’ll be more: a sequel has already been announced and is scheduled for release in 2017.