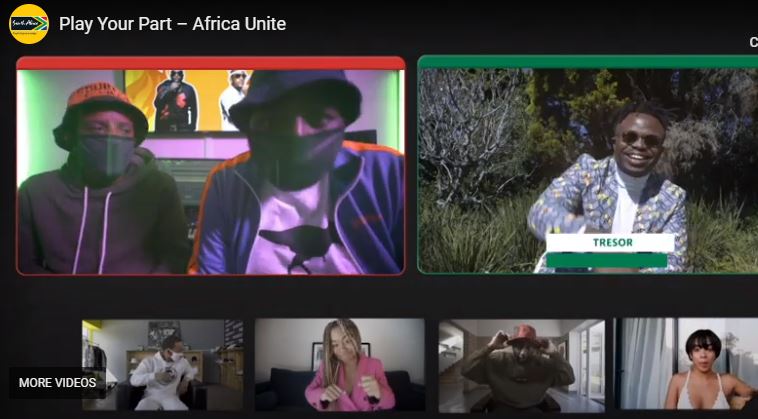 To celebrate Africa Day on 25 May, Brand SA started an initiative Play Your Part – ‘Africa Unite’, to launch a new ensemble song, written and produced to celebrate the diversity of Africanism, especially in language and the arts.

Brand SA said in a statement the song aimed to highlight and foster African unity and featured a number of languages spoken in the continent, including Swahili, Lingala, Zulu, isiXhosa, Setswana, Afrikaans, Shona and French.

Acting CEO of Brand SA Thulisile Manzini said: “No one could have foreseen the magnitude of the health, social and economic challenges we would have to face in 2020.

“In February, when South Africa was elected chair of the African Union (AU) for the year, there was hardly a hint of the storm that was to come. In fact, we anticipated a very positive year in which we could devote the considerable energies of the AU and its members to the task of advancing the continent’s 2063 development strategy.

“Covid-19 has put that on the back burner, but it’s highlighted the way in which Africans pull together in the face of adversity and support one another through the most difficult of times.”

The music video was shot in the style of a video call, each artist featured at their home.