'I’m super excited on getting to know more about Her Vocal Highness,' said one Twitter user. 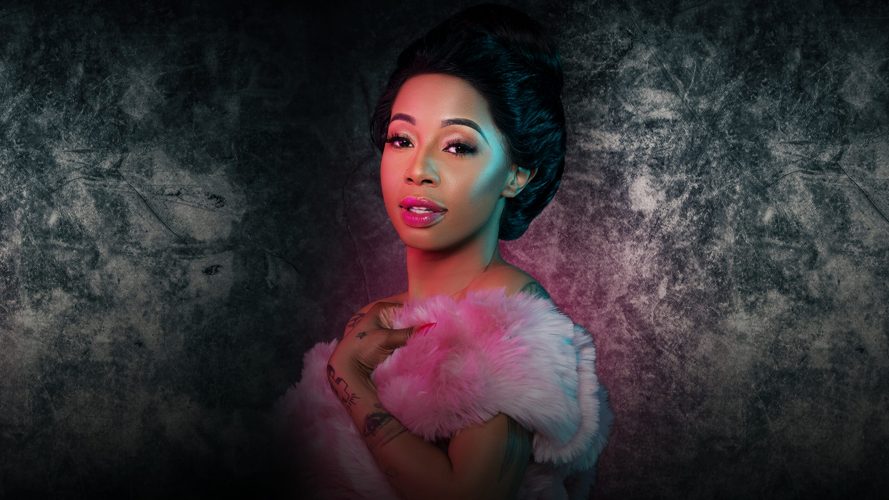 The highly-anticipated show Life with Kelly Khumalo was released today and fans can’t get enough.

“The woman that you see in front of you is self-made,” she says in the opening scene of the show. “I can’t say I have a point of reference when it comes to being a good woman. However, I am now ready to embrace the greatness that God has created me for.”

A household name by the age of 21, Khumalo is one of South Africa’s biggest music stars. She was named Best Female Artist at the South African Music Awards in 2013, sold millions of albums, opened for Grammy winner Missy Elliott and has over 1.7 million followers on Instagram.

The series offers a front-row seat to Khumalo’s life as a single mother of two who is juggling parenting with the build-up to the release of not just her new album, The Voice of Africa, but also her first gin, titled Controversy.

Her friends, musician Brenda Mtambo and founder of the Feather Awards Thami Dish. also feature prominently in the series.

Viewers have praised Khumalo for being a fantastic single mother who is raising her kids right. However, others took the opportunity to yet again hound her regarding the murder of Meyiwa, saying her show was the perfect platform to tell her side of the story.

I stayed up so I could Binge watch #LifeWithKellyKhumalo ????. It is officially available on @ShowmaxOnline all the 6 episodes are available: from Her introduction To getting into touch with The ancestors.
I’m super excited on getting to know more about Her Vocal Highness ????????. pic.twitter.com/sN5plXWvwN

what stands out to me is @KellyKhumaloZA the mother- her love for her children, disciplining, having to explain to them about their fathers ????????

Kelly Khumalo has raised such beautiful well rounded kids irrespective of whatever troubles she has faced during the years. Commendable #LifeWithKellyKhumalo

Im already on episode 2 and i love it when Thami and Kelly are together and speak that language of theirs????????????@KellyKhumaloZA we love you#LifeWithKellyKhumalo pic.twitter.com/a5v6THvvmH

The child who want to meet her father will never get the chance to do so???? and the child whose father is still alive is content with just one parent. @KellyKhumaloZA you are doing a great job raising those two outspoken kids.❤️#LifeWithKellyKhumalo

Now Kelly has been given a platform to share the story of what happened that night that got Senzo killed. Do the right thing girl #LifeWithKellyKhumalo

Already on episode 3 …. and Damn so far so good ???????????????????? have to say well done the show is amazing it shows us the real Kelly khumalo, her struggles, making peace with past relationships and her family ???? ???????? Keep on shining Queen ????#LifeWithKellyKhumalo #KellyKhumalo pic.twitter.com/R2AfkNDIJ6

Kelly Khumalo is the queen of Afro Pop in South Africa. Go argue with Unathi and Randall ❤️????‍♂️#LifeWithKellyKhumalo

@KellyKhumaloZA my perception about you has completely changed!! You are a great mum to those beautiful kids.. I pray for strength and healing????????what a show!!! @LegendManqele @Olwee weldone!! Most authentic show ever!! ????????#LifeWithKellyKhumalo

KELLY: What do you wanna know about your father?

CHRISTIAN: Nothing I don’t even know who is that man you are talking about

So the kid has never met Jub Jub? ????#LifeWithKellyKhumalo pic.twitter.com/idoioQ2Mnp

Just a mom and her babies against the world #LifeWithKellyKhumalo

#LifeWithKellyKhumalo Molemo AKA JubJub needs to stop fixing peoples relationships and start fixing his relationship with his son, no matter what issues him and Kelly have…that boy needs his father and his acting out by lying and stealing. Its sad.

@KellyKhumaloZA I love how you love so ur kids sis, keep it up and strength to you ????????#LifeWithKellyKhumalo

Discover the real Kelly Khumalo behind the headlines in this Showmax Original series which was produced by BarLeader, the company behind Being Bonang and Somizi & Mohale: The Union.

The first six episodes of Life With Kelly Khumalo are now available on Showmax, with the final seven episodes dropping Thursday, 27 August 2020. 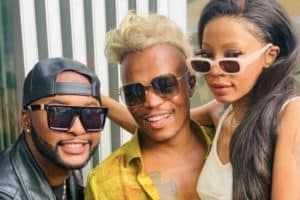 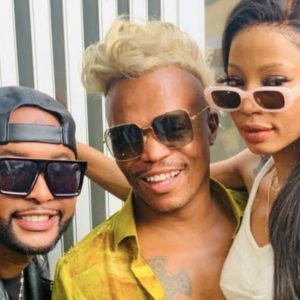