The reality series, Uthando Lodumo, invites fans and doubters to join Babes and Mampintsha as they enter the next phase of their relationship. 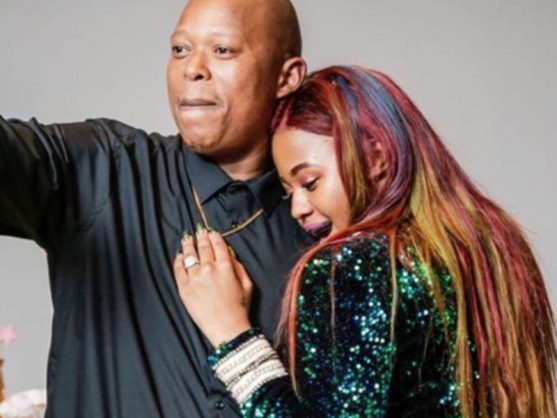 Last week, Mampintsha dropped to one knee and proposed to Babes live on air on Gagasi FM.

“Within a blink of an eye and now I’m left speechless,” Babes told her fans on Instagram afterwards. “The journey wasn’t easy but we stuck together through thick and thin. Ngiyabonga Mashimane.”

“They’ve had serious issues as a couple, yet have chosen to remain together. The show focuses on how they have overcome their challenges, working through them with their families.”

Uthando Lodumo takes on sensitive themes like gender-based violence, and will surely be very topical and hit a raw nerve with audiences.

“We do not condone any form of abuse or gender-based violence, but we believe that South Africans need to start talking honestly about these issues and confronting them.”

In the series, we will hear from Babes, Mampintsha, friends, family and professionals as they discuss the past, the present and the future.

The reality series is being produced by SAFTA winner Thomas Gumede and SAFTA nominee Lungile Radu through their company, Parental Advisory Productions.

Uthando Lodumo premieres on Showmax in February 2021. This is the fourth original reality series filmed this year: Somizi & Mohale: The Union broke the overall first-day viewing record on Showmax, Life With Kelly Khumalo became the fastest Showmax Original to top one million views, and Lebo M – Coming Home is being released on 2 December 2020.

Read more :Babes Wodumo and Mampintsha back together, accused of publicity stunt with break-up