Her career spanned a decade of appearing in many roles, including in soapies such as 'Egoli', 'Stokvel', 'Soul City', 'Scandal!', and 'Isidingo', among others. 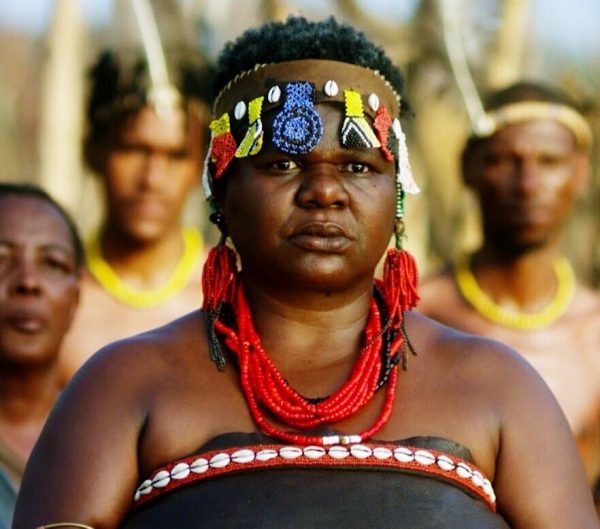 The sudden passing of beloved actor Lindiwe Ndlovu has been a big blow for the film and television industry. It was announced on Monday evening that Ndlovu had passed away in her home in the early hours of Monday morning.

Gaenor Artiste Management, which represented Ndlovu, said the passing of the Safta-winning actress would leave a “huge space in the creative world of acting”.

“To us Lindiwe was family but to many, she was so much more. An unsung incredible actress who will leave a huge space in the creative world of acting. Her incredible passion, deep respect for her craft and an unrivalled commitment to her career evident in every project she took on,” they said in a statement.

Her career spanned a decade of appearing in many roles, including in soapies such as Egoli, Stokvel, Soul City, Scandal!, Isidingo, Backstage, Ga Re Dumele and Home Affairs.

These are the most memorable roles Lindiwe Ndlovu portrayed:

The television series explored the dangerous and unpredictable world of paid assassins, Ndlovu played the character MaKhumalo – also known as MaMkhize. MaKhumalo is a mother of one of the assassins, knowing very well the life her child has chosen. Her character struggles to decide when to reveal the secrecy of the underworld and potentially to save her son.

eHostela first aired early in 2019 on Mzansi Magic with the second season airing on 4 January 2021.

The movie, Safari, is set in the backdrop of South Africa wildlife where animals and poachers rule. A young Zulu girl, Mbali, meets an American tourist group on safari.

Ndlovu played Mbali’s aunt as the group navigate hunting grounds where they face the untamed wild.

Pauline in the feature film Little One

The film, Little One, was released in 2012 follows the story of a middle-aged woman named Pauline played by Ndlovu.

She finds a battered child on the road and proceeds to take the child to the hospital where she is treated. Pauline then takes the child away to find out why the child became a victim of violence. The films received much praise from the audience and critics alike and landed Ndlovu the Best Actress in a Feature Film at the Safta’s in 2013.

Probably the most prominent role Ndlovu is well known for, was her portrayal of character the evil prison guard, Sharon.

The hit prison drama, which aired on Mzansi Magic in 2017, takes viewers into the daily battle for survival in the cells and offices of Thabazimbi Women’s Correctional Facility.

Our sincerest condolences to the Ndlovu family for the loss of the talented and award-winning thespian Lindiwe Ndlovu, Lala Ngoxolo. ???????????? #RIPLindiweNdlovu pic.twitter.com/4v5i5d1jQ6

'Umakoti Wethu': Polygamy with a twist
2 days ago
2 days ago

'She called me Kurt Khumalo': Kurt Darren on working with Kelly Khumalo
2 days ago
2 days ago

'Umakoti Wethu': Polygamy with a twist
2 days ago
2 days ago

'She called me Kurt Khumalo': Kurt Darren on working with Kelly Khumalo
2 days ago
2 days ago