Miss Osology has predicted that Shudu stands a strong chance of winning the 70th Miss World. 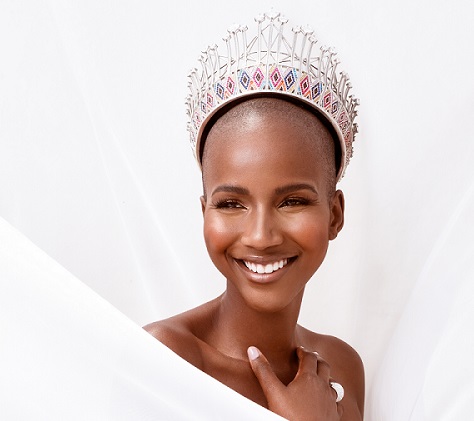 Miss SA Shudufhadzo Musiḓa says she is humbled by predictions that she could win Miss World. Picture: Supplied

It seems there is one beauty pageant organisation besides Miss South Africa (SA) that thinks Shudufhadzo Musiḓa’s chances at this year’s Miss World are pretty high.

Miss Osology has predicted that Shudu stands a strong chance at winning the 70th Miss World. They published their front runners earlier this week.

It came as a surprise to many when Shudu picked Miss World to compete in, rather than Miss Universe, but it was seen as a strategic decision as she possibly had better chances there.

Reacting to the prediction, Stephanie Weil – CEO of the Miss SA organisation – told The Citizen that they did not normally pay attention to these forecasts.

“It is nice to realise that the world is watching us as we constantly transform beauty standards. We know how talented Shudufhadzo is and what she will bring to the Miss World competition and we can’t wait for others to get to know her as well.”

Musiḓa said she was humbled by the nod.

“Obviously you don’t want to jinx anything but I am humbled by the recognition. I am so excited to be going to Miss World, particularly as it celebrates its 70th anniversary this year, and following in the footsteps of those who have gone before me.

“It is an amazing opportunity and I can’t wait to represent this country and have the words ‘Miss South Africa’ blazoned across my chest. I want to do South Africa proud!”

Here is your new Miss SA, Lalela Mswane
3 days ago
3 days ago

Here is your new Miss SA, Lalela Mswane
3 days ago
3 days ago