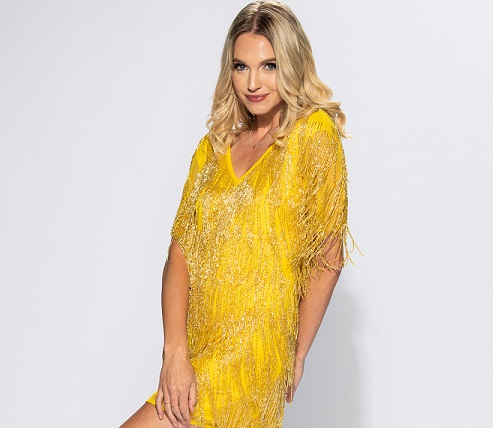 Love Island fans will know this introduction all too well,  and they will be pleased to know that the host of the South African version has been announced. M-Net revealed on Thursday that actress, presenter, businesswoman Leandie du Randt will host Love Island South Africa.

Love Island is a popular dating reality show that first aired in the United Kingdom (UK) in 2015 and the past few years the show has gained a huge following.

The premise of the show centres around young attractive people looking for love in a scenic island location.

Every few days the ‘islanders’ must couple-up and those who fail to do so are at risk of being dumped from the island. Not just looking for love, they participate in challenges and games in order to gain advantages. With new islanders arriving every few episodes, this tests all the couples, with plenty of dramatic twists, as friendships and relationships are formed.

Not only that, after choosing the ‘right partner’ for them, Islanders must also win the hearts of the audience, who have the power to change events that could help crown one lucky couple as winners.

Host Leandie said: “Hosting Love Island South Africa is one of the biggest privileges in my life and career so far. It has always been on my vision board to host a big show in South Africa and this is the perfect opportunity to see this come to fruition. I am also very excited to meet the beautiful contestants in the villa.”

She previously hosted Strictly Come Dancing Season 7 and recently was one of the judges at Miss South Africa 2020.

The actress is well known for her role as Ivanka Gouws in the kykNet soap, Binnelanders.

Love Island UK season six was shot at a villa in Cape Town in January 2020, and there was some controversy after one contestant left the show just three days in.

Ollie Williams quit the show after coming to the realisation that he is still in love with his ex-girlfriend. Ollie said he had to be honest with himself, and everyone, that he still loved someone else.

Love Island SA will premier on Sunday 28 February at 8pm on M-Net.

'Filtered and boring': MacG's podcast lands TV deal but fans are sceptical
4 weeks ago
4 weeks ago

'Filtered and boring': MacG's podcast lands TV deal but fans are sceptical
4 weeks ago
4 weeks ago