According to M-Net, the story has the hallmarks of a hit telenovela series that will explore the dark underworld of crime and suspense. 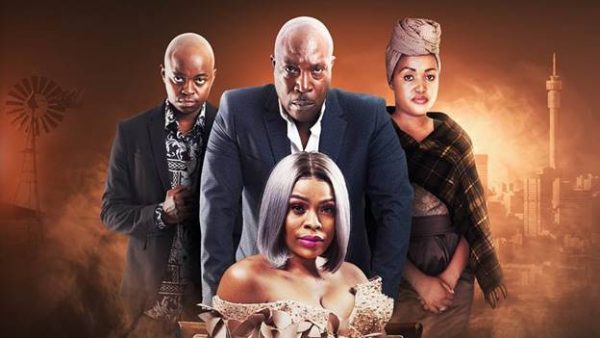 Less than a year after announcing his decision to take indefinite leave from acting to focus on digital entrepreneurship, actor Thato Molamu will return to the small screen in new 1Magic telenovela Lingashoni.

He will star alongside Patrick Mofokeng, Thuli Thabethe and Liteboho Molise in a story that follows the journey of a businessman who returns to reclaim his life after 10 years of being declared dead.

Where was he all along? According to a statement by M-Net, he found himself living as a poverty-stricken farm worker after suffering a decade-long memory loss.

“After witnessing a murder by a prominent politician – Joburg mayor Robert Nondumo (Luzuko Nkqeto), monied ‘tenderpreneur’ Mandla Cele (Patrick Mofokeng) goes on the run before surviving a murder attempt, which led to his memory loss.

“After being discovered by Seipati Moeketsi (Liteboho Molise), a farmworker and her two children, along a riverbank, Mandla starts a new life with them as Themba. Mandla weds Seipati and lives a content life in the farm, until 10 years later when an incident leads to him getting flashbacks of who he really is – Mandla Cele,” said M-Net in a statement.

Mandla finds himself having to balance the dynamics of caring for his farm family with those of reconnecting with his children and now estranged first wife Puleng (Thuli Thabethe) who has since started a new life with the family driver, Mandla’s “ice boy” Papi Zulu (Thato Molamu).

Produced by Stained Glass TV, which has delivered hit drama series such as eHostela and Ifalakhe for M-Net, Uzalo for SABC 1 and Durban Gen for e.tv, Lingashoni viewers are in for a treat.

“Through this telenovela, we wanted to tell a story that reveals the lived experiences of most South Africans. The themes of this telenovela will include family drama, love, betrayal, scandalous affairs and crime,” said Stained Glass TV’s Zodwa Zuma in a statement.

“The last thing that everybody wants is for Mandla to regain his memory. Will Mandla remember what happened to him on the day of his memory loss?” she added.

“This story has the hallmarks of a hit telenovela series with twists and turns that will explore the concept of family, blended family drama, high stakes, the dark underworld of crime and suspense that will keep viewers engaged with every episode,” said Nomsa Philiso, the Director of Local Entertainment Channels at M-Net.

“We have observed that our valued 1Magic viewers have become accustomed to juicy storylines and exceptional talent. Therefore, we are excited that these two elements meet political power and crime in what looks set to be a thriller,” she concluded.