Art on lay-by: paying pretty artwork off in instalments is a thing 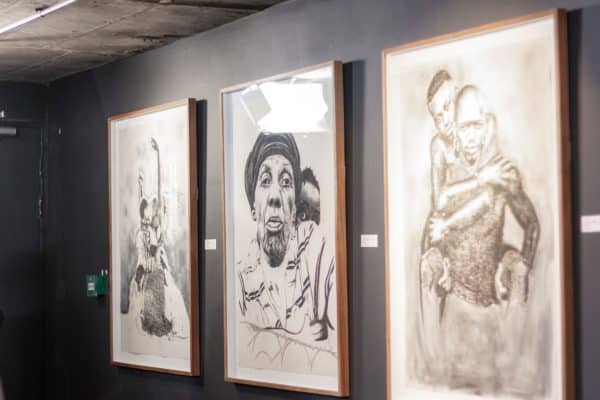 The beauty of art galleries lies in the opportunity to escape into the world of beautiful images, getting lost in the artist’s artwork. However, buying the art you fall in love with can prove to be a point most people never get to as it is perceived to be an expensive activity.

An art event geared towards stimulating new art collectors through accessible commercial points for everyday art lovers has been created by three local artists in an effort to overcome that perception.

Justice Mukheli, Futhi Mukheli and Sthu Manaka have established an art movement to enable art fans and collectors to visit a space that isn’t intimidating. They also touched on the idea of buying art on lay-by.

Formerly identified as ‘I See A Different You,’ the trio calls themselves ‘My Loves’, a name that celebrates their brotherhood.

They recently showcased their first exhibit at BlackBrick in Sandton where they spoke about the days they didn’t feel welcomed in many art galleries after having participated in those spaces.

“It wasn’t accessible, you questioned whether you were worthy of being there. Creating an event like this was to reimagine how to present work that is accessible for someone who won’t feel intimidated to engage and look at art,” Justice said.

Buying art on lay-by and the accessibility of galleries

There is no way around it. Race still plays some part in the world of art and who can afford to buy it.

“It is not as easy for our people to think of collecting art as one of the things they should be doing,” Justice adds.

Even as an inspiring artist, buying an artwork was never on the radar when he was growing up.

“But we in a generation where we have progressed, the middle class has grown a bit and more of us can. It is important to lean into that”, he says.

The artists found it was important to present their art galleries as accessible as possible. As a result, My Loves collection starts from R10,000 upwards.

Aware that most people can’t afford this, Justice says there is something art galleries do that is rarely talked about.

Lay-bying is a form of payment done in many retail stores, where the buyer is allowed to pay the full payment over time if they don’t have the cash right then.

“This is not something we speak out loud. We do have a system where if you are interested in an art piece you can pay it over three payments,” he explains, adding that a person can pay it in half and then make two other payments later.

This isn’t unprecedented, it has been done before, but My Loves hopes their art galleries would attract more everyday people.