Troye Sivan is growing up on screen

Troye Sivan has grown up on screen with his character John Milton in the popular Spud movies, based on the bestselling novels by John van de Ruit. 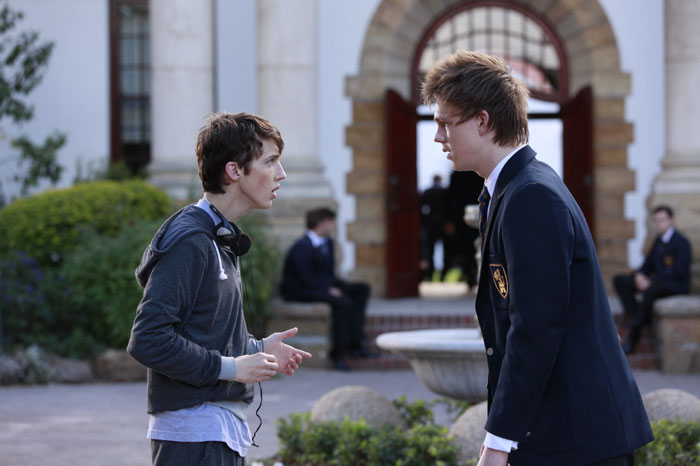 Troye Sivan as John 'Spud' Milton and Casper Lee as Garlic from Malawi in the third instalment of Spud. Picture: Supplied.

Meeting him in person though it’s clear that, from his breakthrough role as the Young Logan (Hugh Jackman’s character at 12 years old) in X-Men Origins to the Spud series, the teen star is no longer a child but a budding young man with a bright future.

Though he grew up in Perth, Australia, Sivan was born in South Africa and feels his parents have done well in maintaining their local heritage.

He says: “I grew up in a predominantly South African area of Perth – to the extent that some kids return home from school with a South African accent.”

Describing his parents as somewhat similar to those in the film, he shakes his head. “They can be really embarrassing at times. My dad is exactly like Mr Milton.”

Though Sivan himself resembles his own character in many ways, there are some clear distinctions. Firstly, he doesn’t have to worry about girls – because, well, he bats for the other side. Out and proud, Sivan is one of few celebrities to come out at such a young age. 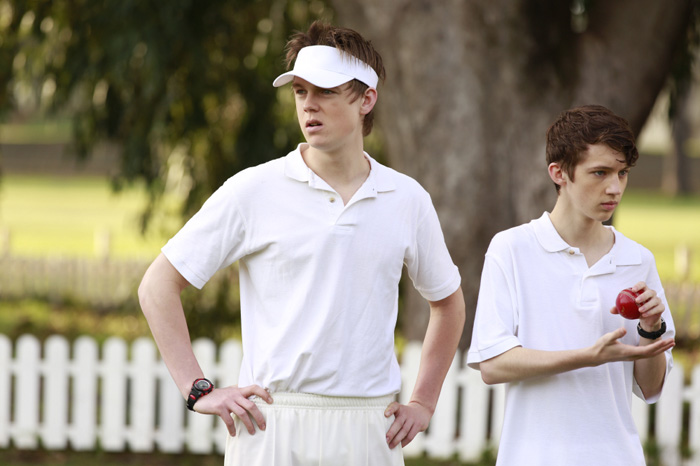 Similarly a late bloomer, Sivan’s maturation process was progressively faster than his character’s.

He explains: “I developed faster than Spud and my voice broke before his. I had to make sure my voice didn’t go too low during my performance, while at the same time neutralising any Australianisms. I also wore my hair down, which makes me look a lot younger.”

Sivan confesses that being gay meant an extra process of coming to terms with who he was as a person and young adult, resulting in a slight delay in his development into adulthood.

With the third instalment of Van de Ruit’s coming-of-age tale – Spud 3: Learning To Fly – opening in cinemas this Friday and the fourth and final instalment currently under way, Sivan is ready to step into a new chapter of his life, giving full focus to his recently announced music career.

Though he has had small singing roles in the films, a signed record deal with Universal Music calls for something more professional. The singer/actor has already released an EP, TRXYE, with hopes of bringing out a full album in the new year.

The EP has broken records worldwide, going to No 1 on iTunes in more than 20 markets, including the US, Britain and Australia. With his No 1 hit Happy Little Pill, Troye is set for super pop stardom.

‘The Woman King’: Interesting facts about Seputla Sebogodi and Thuso Mbedu's next film
2 weeks ago
2 weeks ago

Ads are here to stay and surprisingly, they're more impactful on the big screen
3 weeks ago
3 weeks ago

Blippi is the 8th highest-earning YouTuber, worth $20 million
1 month ago
1 month ago

‘The Woman King’: Interesting facts about Seputla Sebogodi and Thuso Mbedu's next film
2 weeks ago
2 weeks ago

Ads are here to stay and surprisingly, they're more impactful on the big screen
3 weeks ago
3 weeks ago

Blippi is the 8th highest-earning YouTuber, worth $20 million
1 month ago
1 month ago