FliekNET’s Proscenium brings theatre into your home in February. Here are three theatre productions worth watching. 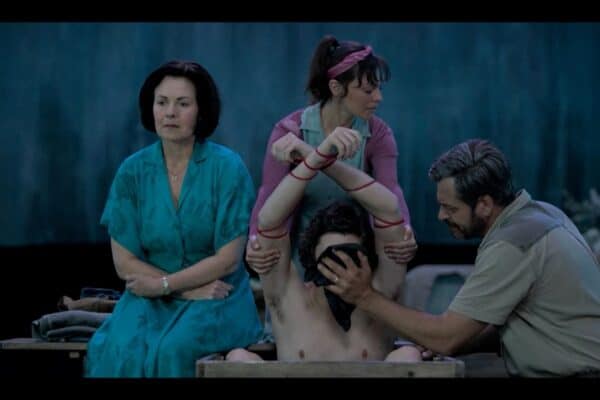 Pro-sce’ni-um refers to the part of the theatre stage in front of the curtain. It also refers to fliekNET’s recently launched featured theatre productions – productions that impressed festival goers across the country over the past year – now available on television.

South Africa has always been known for its quality theatre productions and this month, viewers can watch proper productions from the comfort of their couches.

With South Africa’s theatre productions not being performed everywhere, people often miss out on its brilliance. Of course, Covid-19 also didn’t help, as almost all art festivals and their income were halted. But, from challenges comes change and that is exactly what brought the idea of Proscenium about.

Says kykNET’s Karen Meiring: “It is especially important that the stage director and film director work together very closely to give viewers the best experience of the [theatre] piece. In that way, knowledge and experience is also shared between the stage and film teams.”

Acclaimed theatre and film director, Christiaan Olwagen says that when the art festivals were forced to their knees, he wanted to help.

“Most Afrikaans actors make a living from the festivals and film and television productions can’t afford to lose this important source. Festivals find and develop new voices and it is a platform for actors to practice their instruments regularly. There is time for repetition, analysing text and character development. It is a place where story makers and story viewers explore each other. Without theatre, our industry is poor and empty.”

Theatre pieces that will be featured on fliekNET this month include very well received productions from last year’s Toyota US Woordfees.

“I wanted to film exceptional productions exceptionally,” he says. “It will never be a substitute for theatre production, but for now it is a much needed attempt to keep an industry very close to my heart alive.”

Head of the Toyota US Woordfees, Saartjie Botha, says that theatre doesn’t stand in isolation from the bigger entertainment industry. “Proscenium opens up new possibilities for theatre in a time where Covid is a knife against the throat of festivals, theatres and artists. Within the South African context, festivals specifically are an important source of new ideas, voices and talent for the bigger industry.”

Botha says that Proscenium gives acclaimed theatre pieces new life and a chance to evolve into something new. Despite the technical side of the film-medium, it still captures the vulnerability of the artists.

“I believe that it is this vulnerability with which audiences, and now viewers, can relate,” says Botha.

Watch these three theatre productions on fliekNET in February:

Written by Saartjie Botha and directed by Wolf Britz and Nicole Holm, this funny, tension-filled hour-long theatre production with actors and technicians gives the audience and viewers a glimpse of what happens on stage in the hour before a performance at a festival.

An ode to Adam Small, this theatre production gives new life to his written works under the leadership of Frieda van den Heever and Dean Balie with musical talent by Die Khoisan Gypsy Band.

A young man’s life is headed for tragedy amidst the early days of a new democracy. With Tinarie van Wyk Loots, Anna-Mart van der Merwe and Stian Bam, this production directed by Janice Honeyman is sure to keep your eyes glued to the television.