He's still at it after reaching two million viewers with his breakout cooking show Something's Cooking: the Mi Casa frontman J-Something is back in an apron for near one-on-one cooking experiences. 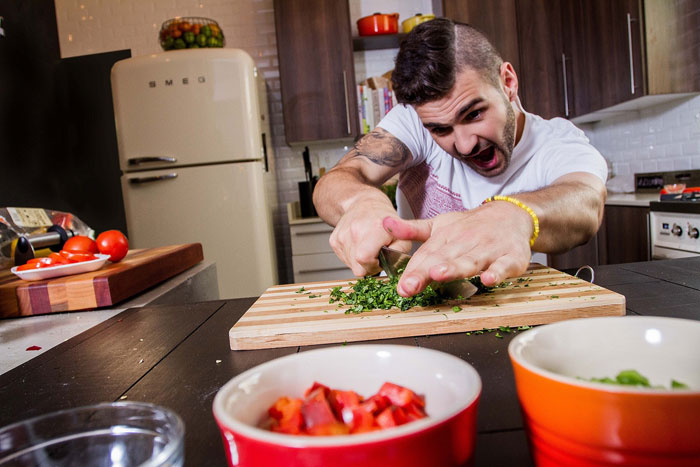 J-Something (real name Joao da Fonseca) will be hosting a total of 14 cooking classes as part of Knorr’s What’s for Dinner, an online platform that shares recipes for kitchen novices.

What’s for Dinner is reaching 10 000 likes on Facebook, which provides J-Something with a unique platform to share his kitchen know-how.

Though admittedly not a chef, the singer effortlessly tries out new recipes and puts his own spin on established dishes for families.

“That’s why I like cooking. Cooking means you’re sharing creativity,” he says.

His approach to food is holistic. “No food is necessarily bad for you; it’s about moderation,” he says, bringing smiles to the faces of dieters who recently gave up carbs and the sweet stuff.

In fact, the singer lost 15kg in four months through watching what he eats as well as getting his glisten on at the gym.

And by watching what he eats he means portion sizes, or opting for healthier choices.

For instance, the man loves his vetkoek and mince, but has perfected a new recipe for steamed buns with an oozy, cheesy mince centre that rivals any oil-drenched vetkoek. It is all the flavour with a touch less guilt.

The celebrity cook is also all about spicing up every meal and admits his Portuguese roots mean he likes to add a bite of chilli to his meals – something a lot a people noticed during the first season of his show.

“I’m someone that just likes to cook,” he says – something his friends have noticed.

Unathi Msengana seemed excited when he whipped up his steamed buns last week to announce the classes with Knorr. She admitted she was initially surprised when she learned he was an old hand in the kitchen, but now it’s all about that bread between the two of them.

More good news: it looks as if a second season of Something’s Cooking could be dropping soon, as well as a potential show with Knorr to celebrate his involvement with What’s for Dinner.