One thing is for sure: Julianne Moore will definitely walk away with the Oscar for Best Actress in a little more than a week's time in Los Angeles. 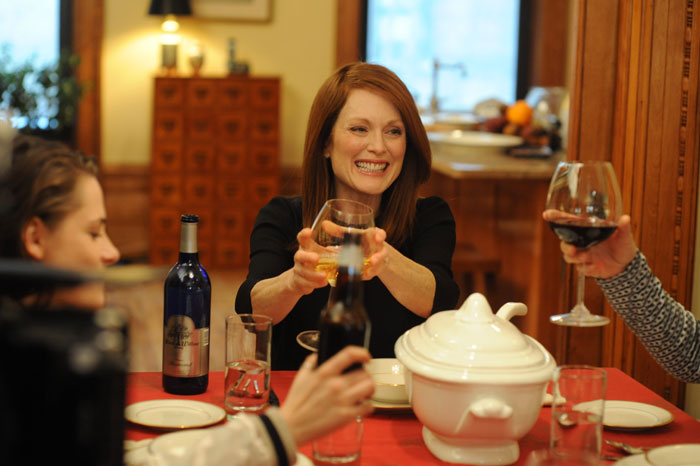 Let’s perhaps, in this review, try to bypass all the flowery language describing her outstanding performance and examine why she deserves the Oscar.

This is one of the few times in cinema one has the privilege of seeing a human face as a landscape the way Ingmar Bergman explored the feminine face in his masterpieces. Miss Moore manages to use only her face (and voice) to reflect her deepest feelings. It is especially evident in the scenes where she gets lost and glances at the buildings around her with perplexity that will make an imprint on your mind.

Through her flawless acting you can see exactly what is happening in her inner world. She changes from a confident and warm, quick-witted lecturer at a university into a lost, vulnerable and powerless, yet always dignified, woman who realises she is suffering from Alzheimer’s disease.

But she never pleads for your sympathy; neither does she implore you to sob in your tissues as you accompany her on her tragic journey. She demonstrates how the love of her family and her belief in herself carries her over that difficult threshold towards a complete loss of memory and identity.

The two directors handle this film with affection and tenderness. They manage to take you into her head as she falls into confusion and despair, yet she refuses to give in. One witnesses her transformation and feels empathy for her, yet the film never falls into sentimentality or overt emotion. It manages to remain sober and restrained. And for this alone the directors deserve praise. It is their quiet, unassuming style that doesn’t draw attention to itself that strikes all the right notes with the viewer.

There have been other films about the same subject, notably Iris (Murdoch) with Dame Judi Dench in 2001, but none quite as touching as Still Alice, also thanks to the splendid performance by Julianne Moore.

She is ably supported by Alec Baldwin in a surprisingly sympathetic and underplayed role. He is seldom afforded the chance to play such an ordinary, com- posed character with no other agenda than to support his wife and try to make her final hours as the vibrant Alice as comfortable as possible. Even Kristin Stewart, she of the deadpan face in the Twilight series, who has up till now only managed one bland expression, shines in the role of Alice’s temperamental daughter.

This is not an easy film, so you will not necessarily find it in the same cinema complex as 50 Shades of Grey. But if you do and you want to see a subdued, controlled, yet totally absorbing, film you may find that Alice, who always remains Alice no matter what happens to her, will haunt you for many days to come.