The Disappearance of Eleanor Rigby: Them (trailer)

If you're expecting a psychological thriller about a missing person, you've come to the wrong place. 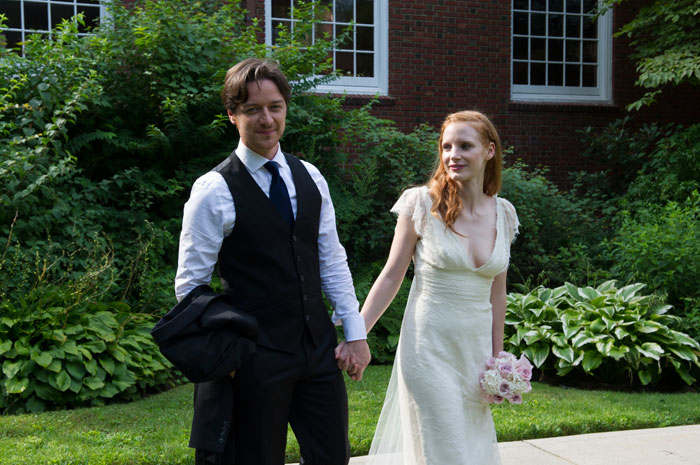 LOOKING BACK. James McAvoy as Conor Ludlow and Jessica Chastain as Eleanor Rigby.

Despite its evidently telling title, The Disappearance of Eleanor Rigby has nothing to do with a disappearance, but rather one person’s decision to go her separate way, in spite of differing opinions.

The small-time indie flick is Ned Benson’s showcasing of the difference between two people undergoing the same emotional turmoil, though their experiences differ vastly. The story was originally told in two separate movies combined as one, sharing first the perspectives of the wife (Jessica Chastain) and then the husband (James McAvoy).

What is being offered on box office is a truncated version, sharing bits of both perspectives. Considering this version takes a leisurely stroll through the emotions of both parties, though their grief is never quite evident, it’s exhausting just thinking about the effort you’d need for two separate films with a running time of almost four hours.

Then again, perhaps Benson’s main objective was lost when the decision was made to weave the two, which until you’ve seen it in its original form, will remain a mystery – much like the first half of Them.

Benson withholds the trauma that has set this once happily married couple on different paths, which creates a sense of frustration rather than suspense. In fact, he never really goes into much detail about what happens, leaving his audience even more detached from the film than its onset.

There is, however, elegance to the film that will appease indie moviegoers.