Brusquely on the heels of McFarland comes another true tale of courage and young minds set on realising their dreams in spite of overbearing youthful problems: Spare Parts. 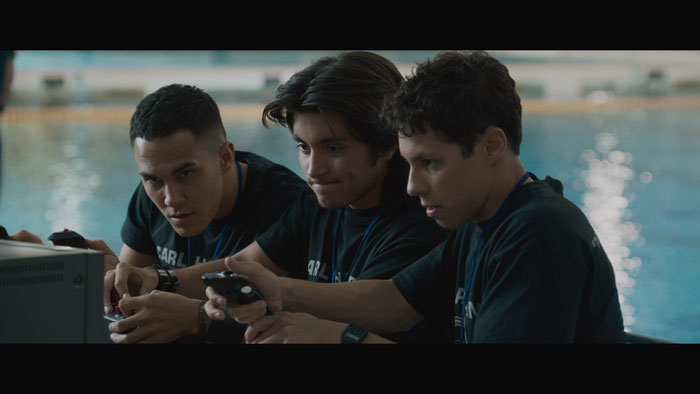 This time four immigrant Hispanic students try to build a robot that can function underwater. They use whatever they can lay their hands on, such as old used car parts (hence the title) and even tampons. And this is only the beginning of the story. Now to make the damn thing work under water!

By bringing diverse cultures and fiery temperaments together, forming a relationship between four very different boys and

giving them an almost insurmountable problem to solve, the school teaches them to bond and form a friendship that will last for the rest of their lives.

But first they have to win the robotics competition against the current reigning champions – rich, privileged kids from an upper-class school nicknamed the Robotics Champions. Now there’s a test of emotional endurance!

Like McFarland, this film has nothing going for it. No big, blue Cinderella dress, no flying cars that crash through buildings, no spectacular chases.

The film simply provides a platform to express willpower, appealing personalities, guts and a staunch belief in intelligence and skills. Add to that a valiant, laid-back teacher – who is actually a Mr Keating (of Dead Poets Society fame) of sorts, just without the inspiring one-liners – and you have a film that stands out between the new releases of the week.

How these boys manage to build an underwater robot and take on the champions may inspire especially youngsters who will not even consider going on this emotional journey with so many Easter blockbusters. But, in the process, they will be losing out.

At first I thought this film might be another teenage fantasy like Robot Overlords, but not in the least. It is about forming friendships, overcoming weaknesses, daring to take on impossible challenges and being inspired by a good teacher.

It shines with great performances.