‘XiTsonga is modern’ but not in lobola

Well known Tsonga musician Penny Penny once sang Xichangani i xilungu (Shangaan is English/modern), but when it comes to marriage, archaic norms and traditions still prove to be pivotal. 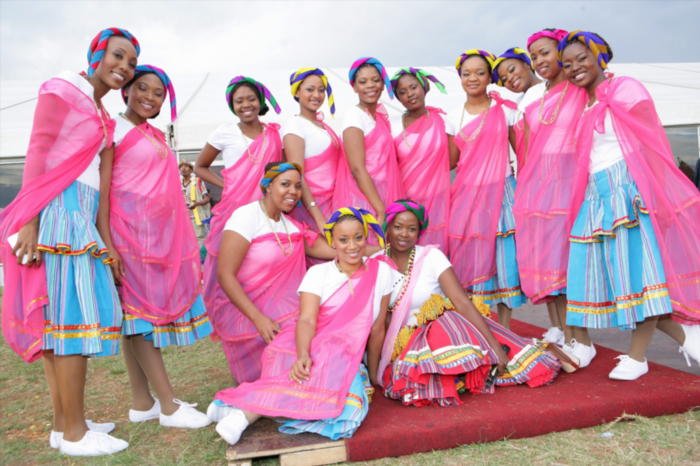 raditional outfits came out in force: while the ladies were sharp in Tsonga xibelani gear. (Photo by Gallo Images/Drum/ER Lombard)

VaTsonga men in general are known for taking good care of their wives. One such example is Paul Ndlovu, who in one on his songs sang that he would buy his wife a plane.

Lobola in Xitsonga is called malobolo.

What we learn from this process is that though cultures differ, they also have common ground. In the TshiVenda process, we learned that the couple never initiated marriage themselves, and that it was all the parents’ doing.

The same applies to the Tsonga process; either the groom/bride’s family initiated the marriage proposal. They looked mainly at the other family’s character and how they interacted with other families in the community and if they practised witchcraft. Family choice was never based on wealth.

Tsonga lobola processes are more rigorous now than they were in the olden days, contrary to the TshiVenda processes.

Back in the day, VaTsonga got married at the average age of 30. When the man’s family saw that their child was old enough to get married, they would send delegates to their chosen family to ask for the daughter’s hand in marriage.

After lobola was fully paid, the bride would choose friends who were unmarried to accompany her to her matrimonial house. They would stay there for a week, helping the new bride perform her makoti duties, make sure she settled in well and then left the house.

There were no fines and anyone (close relatives) could be sent as a delegate regardless of their gender.

The couple meet and discuss marriage on their own. The guy then tells the lady to inform her family that he will send delegates.

The date would then be set and the delegates would go to the girl’s family. When they arrived, this is what happens: One of the gifts give to the bride’s family. Picture: buysouthafricaonline.co.uk

After all this, the two families then discuss how the bride will be take to her new home.

This is not conventional to all VaTsonga people.