‘Benny Bushwhacker: Human Nature’ heads to Pretoria for one night only

The comedian will be touring theatres and festivals with a hilarious yet sobering look at the collision between man and environment. If you missed seeing Benny Bushwhacker: Human Nature during the Joburg season last month, don’t despair, Ben Voss returns to Gauteng for one night only at The Atterbury Theatre in Pretoria.

Benny Bushwhacker aka Ben Voss continues his successful national tour of his brand new one-man-show which will soon be in Pretoria again, just like his previous shows, which included Bend it Like Beauty and Beauty and the BEE .

Bushwhacker’s stories and experiences have been translated from bush to page by his unofficial biographer, John van de Ruit, (of Spud fame) and directed from page to stage by the lioness of theatre, Janice Honeyman.

When asked about the project, Honeyman said: “I have worked with Ben before and have always enjoyed it. He’s a good actor, and a thinking actor. His Mamba series impressed me, so I chose to direct his alter ego, Beauty Ramapelepele. 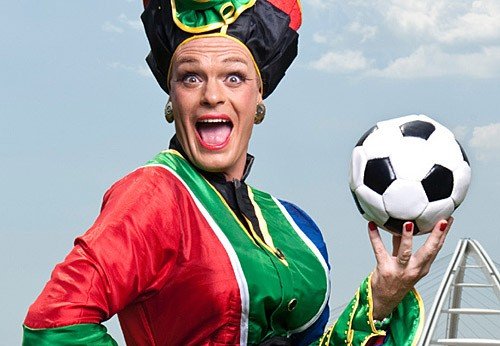 “Ben then worked with me last year on the Snow White pantomime as Evil Queen Hildagonda, in which he was fantastic.

“The opportunity to work with him again as Benny Bushwhacker is great fun. The concerns of the content are very close to my heart and putting it into a less didactic, preachy context feels good for me.”

Writer Van de Ruit said of his involvement: “Ben and I have been friends and collaborators for over twenty years. In that time, I have had the best seat in the house to witness his talent and versatility as a comedic actor.

“He has the unique ability to capture reality and extremity, often simultaneously, with hilarious consequences. It does help that he was born with a rubber face, a razor-sharp mind and the body of Frankenstein.

“This made him the perfect fit for Bushwhacker , a celebrity conservationist with a big heart and little education to speak of,” said Van de Ruit.

There’s also a streak of conservation in the piece. While touring South Africa, Benny Bushwhacker is raising awareness and money for the Lebombo Leopard Human Conflict Survey. 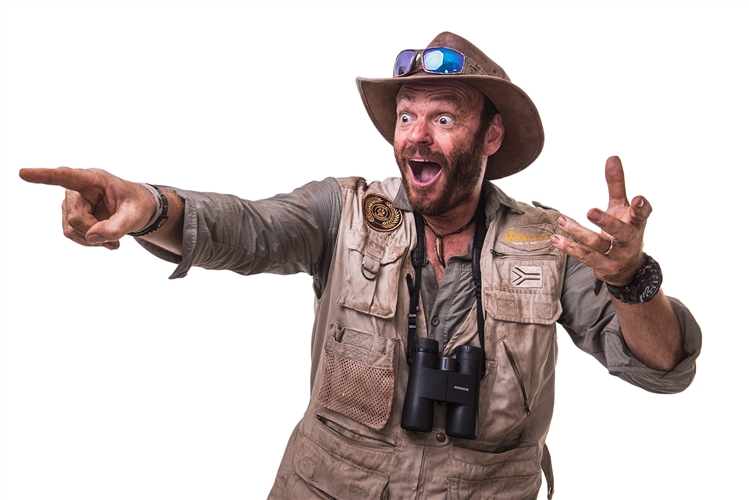 And while leopards are not known to change their spots, through this initiative, the play tries to help humans to do so.

“I am closely involved with the Lebombo survey in Mkuze, Northern Zululand,” says Voss.

“A big part of this project is to raise money to set up cameras to monitor leopard movement in the area after two children were taken by these cats on the reserve boundary. My interest is not so much conserving pristine bush, as conserving the line between humans and nature.

“These boundaries are critical. As a roving species, leopard are under constant threat from humans, and communities are under threat from leopards. So this conflict seemed like a natural fit for my show.

“I care about nature, I care about humans and if the leopard is to survive, we will have to create more green spaces and keep communities happy. 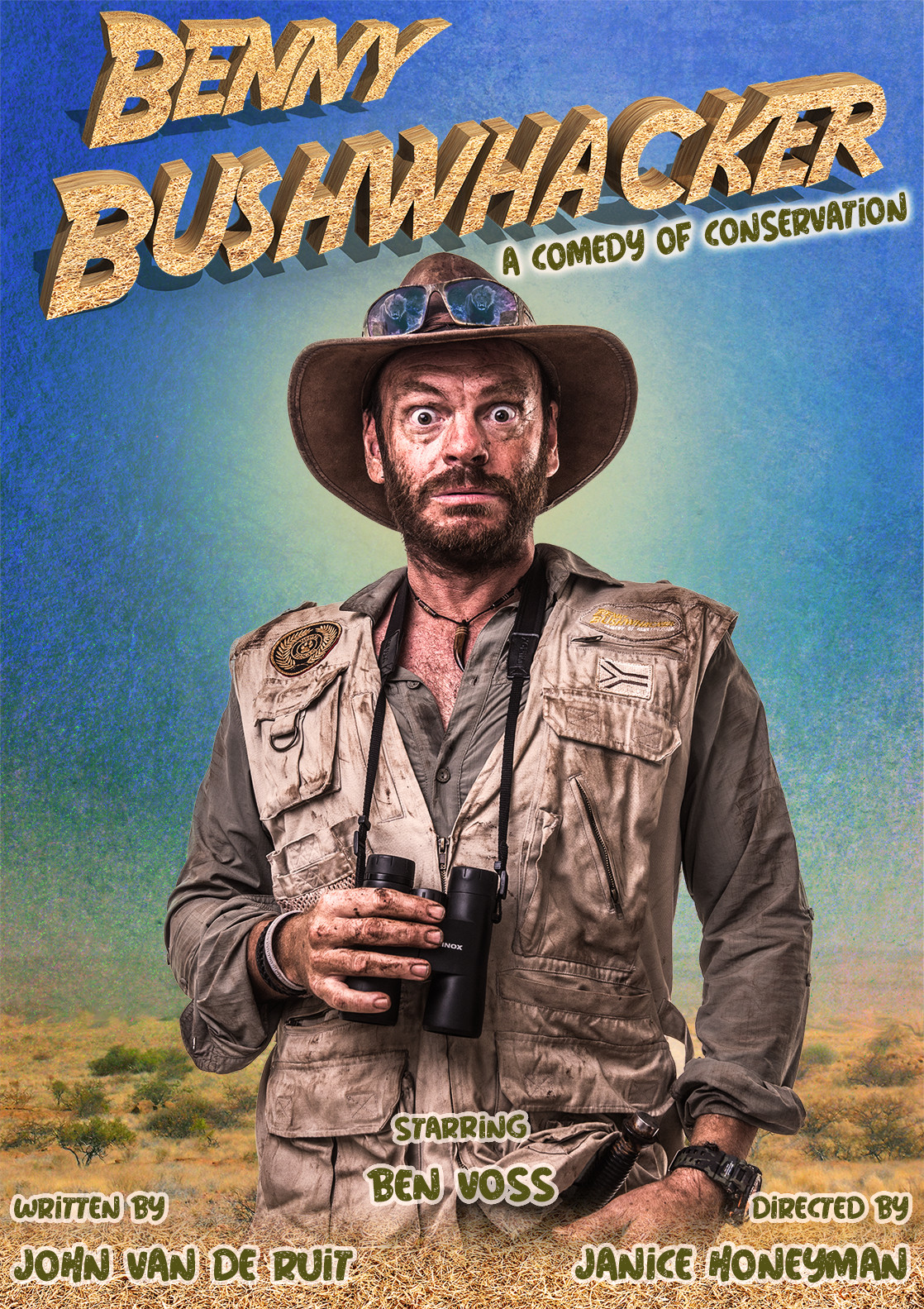 • Benny Bushwhacker : Human Nature is on stage at The Atterbury Theatre on Wednesday,13 November at 8pm.

• The duration of the show is 65 minutes with no interval

• National tour dates of Benny Bushwhacker still coming up include Somerset West Playhouse next Thursday and Friday, and the Baxter
Theatre in Cape Town from December 10 to January 18.