In a first for South Africa, 25 fan-favourite Marvel characters, will take the audience on an incredible sensory overload of nonstop superhero action. Due to high demand, four extra performances for Marvel Universe Live! have been added on Saturday, February 8 and Sunday, February 9.

Packed to the brim with some of Marvel’s most popular superheroes and villains, the new live performance is unlike anything fans have ever seen before.

The Guardians of the Galaxy in Marvel Universe Live.

Marvel Universe Live! brings excitement, thrills and drama to South Africa in just a few weeks, with performances in the Sun Arena at Time Square, Menlyn Maine, Pretoria, from Friday, January 24 through to February 9.

Tickets are only on sale from Computicket. Special discounted family packages are available and FNB eBucks members can use their eBucks, FNB card or a combination of both to purchase tickets.

Produced by Feld Entertainment, Marvel Universe Live! is presented by local promoter Showtime Management and brought to you by FNB in association with SuperSport. 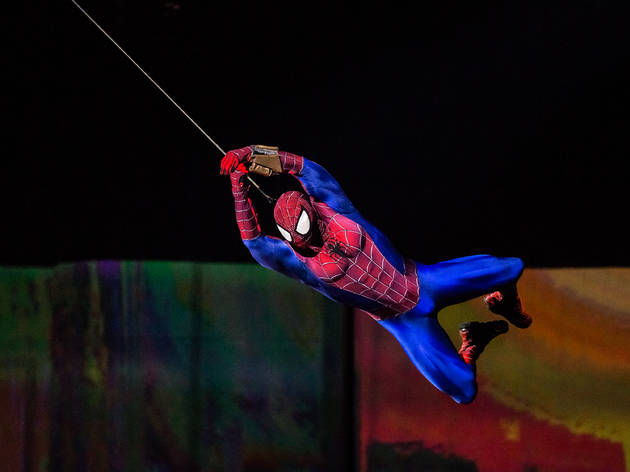 Marvel Universe Live! combines state-of-the-art special effects with the latest in robotics, stunt work and technology to create a live performance that will leave fans astounded.

In a first for South Africa, 25 fan-favourite Marvel characters, including Spider-Man, the Avengers and the Guardians of the Galaxy, will take the audience on an incredible sensory overload of nonstop superhero action from all over the Marvel universe.

See the gravity-defying aerial stunts of Spider-Man and Wasp, the fast-paced motorcycle skills of Captain America and Black Widow, and the daring athleticism of Black Panther and Iron Fist as they face notable villains, including Green Goblin, Black Cat and Rhino.