Motivational speakers say it all the time: "You are capable of more than you think." It sounds great in theory, but in practice it’s a little more challenging. Then someone like Alison Botha comes along – raped, disembowelled and left for dead – and gives life to that statement.

Stabbed more times than her doctors could count, Botha defied death and denied her attackers the satisfaction of destroying her life. 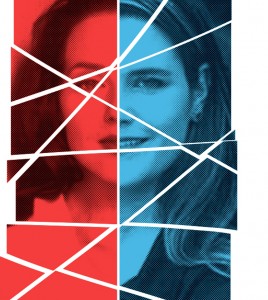 “We are not always going to be able to choose what happens to us, but we can choose how we handle it,” she says.

“The fact that I was raped was not who I was, but everything after that and how I chose to act was.”

She shares the source of her strength: “From when I was a little girl my mom instilled in me that I was special.

“Deep down I believed there was greatness inside me. I loved life and wasn’t ready to give it all up. All my life, she had prepared me for that moment. It’s kind of like having a spare tyre in your car. You take precautions and when something bad happens, you’re prepared for it. People don’t get told that they’re valuable enough.”

Botha had been approached numerous times about her story being turned into a screenplay; it never happened, for various reasons. So when Maralin Vanrenen approached her about turning it into a stage production, she didn’t think it would ever take form. She was wrong. One day before its premiere at the Auto & General Theatre on the Square, Botha waits as her story is being brought back to life. She is played by Suanne Braun, who is back on a South African stage for the first time in more than 12 years.

THE NIGHT IT ALL CHANGED. Suanne Braun as Alison rehearses with Zac Hendrikz, left, and Clayton Boyd. Picture: Supplied

“When I first read about Alison’s story, I must have been about 15. I couldn’t get it out of my head. I’ve wanted to tell this story for a very long time,” Braun says.

The actress reckons it’s one of the toughest roles she has ever taken on.

“We’re not here to tell the gruelling details of the attack, though in large part we do, but the story is about Alison’s triumph, her will to survive and the power of the human spirit.”

Botha says: “I want people to leave the theatre with a feeling of empowerment.

RE-ENACTMENT. Cast and crew of the stage production for I Have Life: Alison, 20 Years On during rehearsals at the Auto & General Theatre on the Square. Picture: Supplied.

“As horrible as it was in the moment, I’m kind of glad it happened to me. In a way it manifested my purpose and if even one girl can hear my story and be more careful because of it, then I have done my part.”

> The two men guilty of the a ack on Alison Botha in Port Elizabeth in 1994 could get parole soon.

> There is a petition to keep Alison’s a ackers behind bars. If interested, go to gopetition.com

> Tickets cost R50 per person and are available from strictlytickets.com

> You can read more on alison.co.za