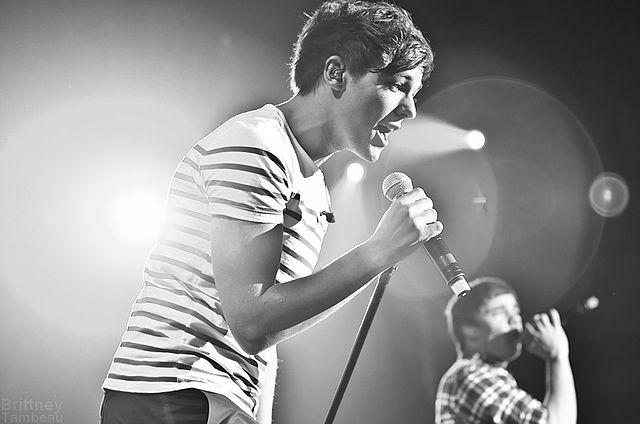 Louis Tomlinson has signed up to be a professional soccer player.
The One Direction hunk has joined his hometown club Doncaster Rovers as a non-contract player, and is expected to take to the pitch for their development side this season in order to raise money for children’s charity Bluebell Wood.
The 19-year-old pop star told Doncaster Rovers’ official website: ”This has always been a childhood dream for me… I feel very honoured to have been asked to sign for Rovers and being able to help both the club and the amazing charity Bluebell Wood is what it’s all about.”
It is as yet unclear how Louis – who will wear the number 28 shirt – will be able to juggle pop stardom and his sports work.
The soccer fanatic appeared in a charity game for the club in aid of Bluebell Wood Hospice at Keepmoat Stadium, and used to work at the ground on match days before 1D was put together on ‘The X Factor’.
Steve Uttley, Doncaster Rovers’ head of media, said: ”Louis and I organised last season’s charity game, in aid of Bluebell Wood Children’s Hospice, which was a big success with over 9,000 fans attending.
”It was natural to follow on from that and Louis wanted more involvement to raise the profile of his hometown club and Bluebell Wood. What started out as light-hearted banter on text has moved on to reality, which is a great coup for the club.
”Our next step is to get Louis on the pitch again in a Rovers kit.”