Why Cassper hasn’t committed suicide after ‘Boity dumped him twice’

It has been months since the couple's breakup, but it seems some fans still cannot believe how Cassper could let go of model ex Boity. 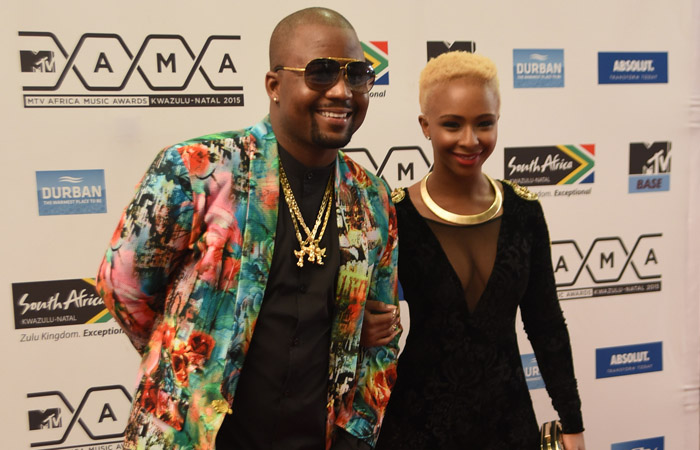 Celebrity couple Cassper Nyovest and Boity Thulo pose for pictures on the red carpet at the 5th annual MTV Africa Music Awards in held Durban, 18 July 2015. The award show also celebrates the 10 year anniversary of MTV Base with this year’s theme being “Evolution”. Picture: Refilwe Modise

One Twitter user and seemingly a fan tweeted at Cassper Nyovest on Wednesday saying he was surprised the rapper had not committed suicide. “Imagine being dumped by Boity twice,” he said.

Responding to the fan, Cassper told him suicide was never an option because he was the one who broke up with Boity, as he felt “she deserved much better”, and because he was committed to his work, and contrary to popular belief, he was actually “very happy”.

I'm the one who broke up with Boity bro. She deserved much better. I'm committed to my work and I'm very happy https://t.co/I91mdqXxq0

With the negativity surrounding the Mama I Made It hitmaker’s nude picture he posted on Instagram, one would have expected Cassper to not take kindly to the question, but he answered nicely, though some of his followers were not buying the story.

ALSO READ >> She deserved better than me – Cassper on Boity

One Khulekani Mkhize still insisted the reason for their breakup was because Cassper cheated, and that he should “just admit it like AKA did”. Some said telling the fan he was the one who broke up with Boity was a rookie move, that his response contradicted what he said about her in his single Super Ex, and that breaking up with someone was not something to be “proud” of.

Some supported him, with one saying there was no need to commit suicide over a breakup if one was happy.

Cassper trended on Twitter after posting a topless photo.

“Working on becoming the best version of myself I can be!!! I’m only getting started!!! No where near my goal but I’m proud of myself!!! Check me out in 6 weeks!!! Getting ready for #FillUpOrlandoStadium,” he captioned the picture