Though DJ Zinhle did not deny the rumours, she said she found speculations on Twitter hilarious. 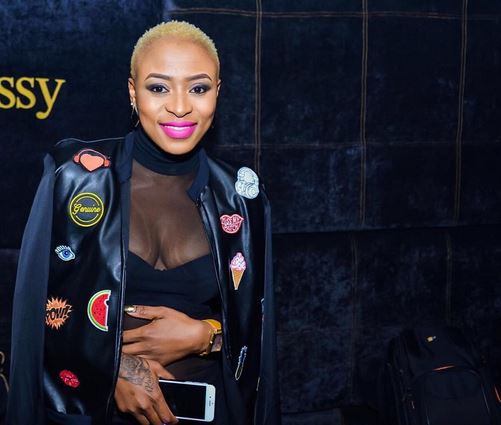 Twitter’s self-appointed detectives think they have figured out who Ntombezinhle ‘DJ Zinhle’ Jiyane’s new bae is. This could possibly end speculations on who the mystery man is, as she has recently been posting pictures only showing her new man’s hands.

After performing at a Wits University event, she told fans that she had to impress because her man was in the crowd. One Twitter user then confirmed the man in question was Top Billing presenter and Bonang Matheba’s colleague Christopher Japhta.

Though MaJiyane did not exactly deny the rumours, she said she found the whole thing hilarious.

ALSO READ >> DJ Zinhle opens up about her new ‘bae’

“I’m always laughing at people when Twitter ‘has them’ … It’s my turn, this whole thing is hilarious. Ya’ll are talented investigators,” she tweeted. Japhta himself commented, playfully telling Zinhle to “stop”.

Zinhle was amused by the “creativity” of Twitter detectives, who she said could even find out what her blood type was if they had to.

Only time will tell if Japhta is indeed her new man.

Earlier this year, she told Anele Mdoda on 94.7 that her bae had “an amazing voice”.

The revelation came after Anele asked her about her trip to Mauritius that had tweeps questioning how things would be, as her baby daddy, Kiernan “AKA” Forbes, was also there with his girlfriend, Bonang Matheba.

While in Mauritius, DJ Zinhle seemed to have been thinking about someone “she’s into”.

She tweeted she was “truly blessed” and having an “amazing” time in Mauritius but would rather be at home with someone. She further tweeted: “You know you are into someone when seeing them sad makes you sad.”

Anele asked her about the tweets and cornered her into telling her whether there was someone in her life. Blushing and trying to avoid answering the question, DJ Zinhle finally caved in and revealed she had a “bae”, though “it’s not bae-bae” but someone she really liked.

She further told Anele her “someone” had the most amazing voice in the world and wore a “very expensive suit”.

So far, we think Japhta fits the description.