Ncwane's wife has since cleared the air about the photo that sparked nyatsi (mistress) rumours. 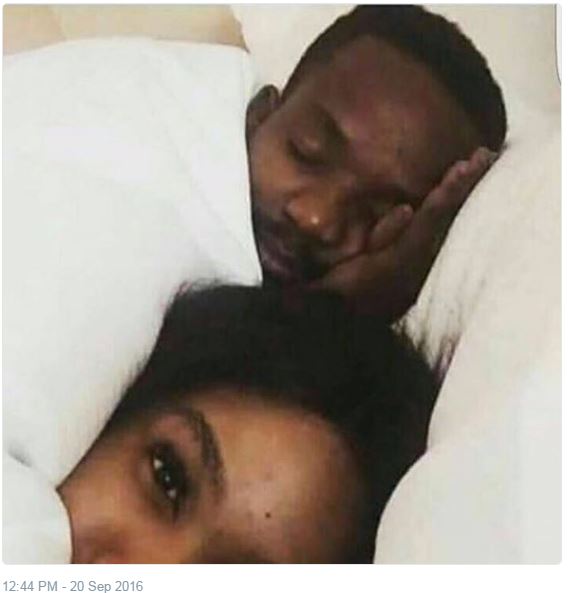 A picture of Sfiso Ncwane and his wife doing the rounds on Twitter.

Gospel artist Sfiso Ncwane has found himself trending on Twitter for all the wrong reasons. In a picture, the Kulungile Baba hit maker is seen sleeping next to a woman, with the caption: “The poor guy was drugged and kidnapped. Guys next time you sleep at your nyatsi‘s house, wear a balaclava … These girls can’t be trusted.”

The woman in the picture took a selfie of the two in bed, showing Sfiso’s entire face while only showing half of the woman’s face, sparking rumours that he was in bed with a nyatsi.

Commenting on the picture, one Twitter user wrote: “Lmaoo Sfiso’s wife said you must twerk for your husband to keep him at home away from the side chicks 🙁 Shuthi she aint twerking harder.”

However, Sfiso’s wife, Ayanda Ncwane, saw the picture on Twitter and posted it on Instagram. “On the other trending news, I’ve kidnapped and drugged @sfisoncwane, and I am his ‘Nyatsi‘. Wait …. What is Nyatsi even?”

Her followers commented on the post, some laughing off the rumours, while others admitted they too thought the woman in the picture was his nyatsi.

One user said they remembered the day Ayanda posted the picture and told her followers she would remove it – which she clearly did – but the internet recycled it and claimed the woman in the picture was his nyatsi.

Some of her followers said they were relieved it was the wife in the picture, and said: “Whoever did this is dumb because your fans know you and haters will make up stories.”

“How can one just jump into such conclusions after looking at such a beautiful picture of the happy couple.@ayandancwane @sfisoncwane,” another user commented.