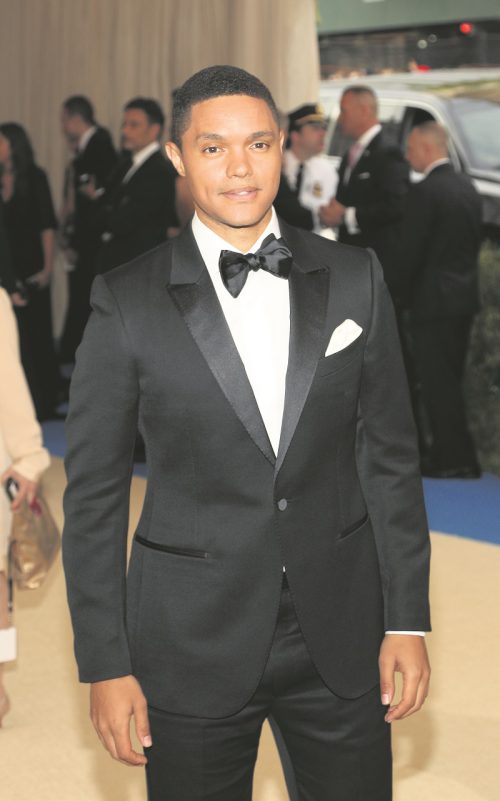 epa05939903 Trevor Noah arrives on the red carpet for the Metropolitan Museum of Art Costume Institute's benefit celebrating the opening of the exhibit 'Rei Kawakubo/Comme des Garons: Art of the In-Between' in New York, New York, USA, 01 May 2017. The exhibit will be on view at the Metropolitan Museum of ArtÕs Costume Institute from 04 May to 04 September 2017. EPA/JUSTIN LANE

With the stars flaunting haute couture in hopes of raising funds for the Metropolitan Museum of Art’s Costume Institute in New York, the Met Gala on May 1 was a fashion hit.

Hosted by pop sensation Katy Perry, the  guest list was handpicked by the editor-in-chief of Vogue, Anna Wintour, and those on the red carpet epitomised style and fashion.

The event saw the likes of style queen Rihanna, stepping out in a floral patterned cut-out crop dress, together with Blackish series actress Tracee Ellis Ross, who wore a blue kimono textured dress which had a dramatic collar and shoulder design.

It was rather disappointing for me to see South African comedian turned American TV host Trevor Noah, who could have been wearing last year’s tuxedo. It did absolutely nothing for him or his new status as US media royalty.

I would have preferred him to play around with neo-textured designs which resemble a suit, like Golden Globe award-winning actor Rami Maleki did in a daring blood-red tux.

If anything, this would have been the perfect time for Noah to call up any SA male designer for assistance.  Why he arrived alone when Pearl Thusi is also living in the US, is beyond me.