The billionaire says Noah inherited his skill of comedy from his mother, who he has hailed as a 'hero'. 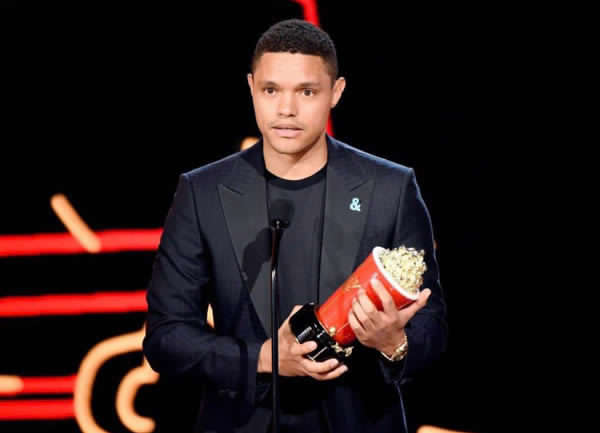 American business magnate Bill Gates has reviewed comedian and The Daily Show host Trevor Noah’s book, Born a Crime, and had nothing but good things to say about him. Gates, a “longtime” fan of The Daily Show, says he was worried when former host Jon Stewart stepped down in 2015.

He said he was worried about Noah, wondering how his humour would connect with American audiences.

He wrote: “I’m happy to report that I was wrong. Millions of viewers—myself included—are tuning into The Daily Show because Noah’s show is every bit as good as Stewart’s. His humor has a lightness and optimism that’s refreshing to watch. What’s most impressive is how he uses his outside perspective to his advantage. He’s good at making fun of himself, America, and the rest of the world. His comedy is so universal that it has the power to transcend borders.”

Reading Noah’s book taught him how the comedian’s “outsider approach” would help him host the award-winning show.

Gates went on to share his favourite story in the book in which Noah tells of how he once walked down a street and overheard a group of men speaking in isiZulu, plotting to mug a white guy.

In the story, Noah then realised they were talking about him, so he approached the group and suggested they mug someone else with him. The men were left in shock after realising Noah could speak isiZulu, but ended up accepting him as one of their own.

“Much of Noah’s story of growing up in South Africa is tragic. His Swiss father moves away. His family is desperately poor. He’s arrested. And in the most shocking moment, his mother is shot by his stepfather. Yet in Noah’s hands, these moving stories are told in a way that will often leave you laughing. His skill for comedy is clearly inherited from his mother,” he said.

Gates praised Noah’s mother, who he said was the real hero in his book for giving Noah the ability to think for himself.

“Like many fans of Noah’s, I am thankful she did,” he said.

Gates’ review has now left Noah’s friend, Anele Mdoda, claiming that the billionaires knows her, as she is mentioned in the book.

I work with a bunch of haters man,they do not believe that Bill Gates knows me. He reviewed @Trevornoah book. I am mentioned in the book.SO

Trevor Noah’s bae finally opens up about their ‘magic’