Over the past few years, Babes Wodumo has become a force to be reckoned with, but she’s also not everyone’s cup of tea. 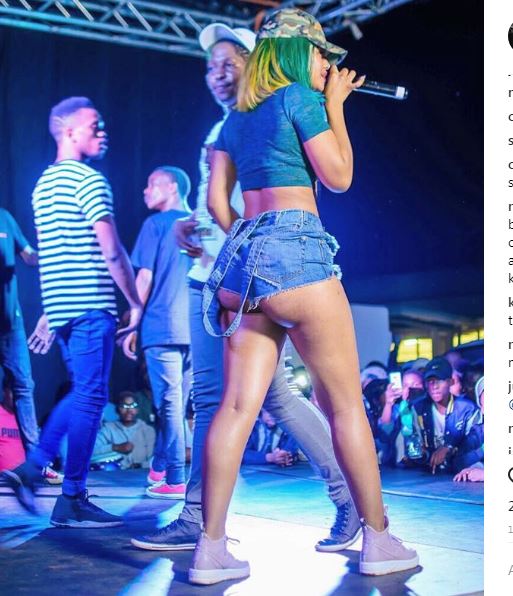 Babes Wodumo’s adoring fans have labelled her a “national treasure,” while critics have often slammed her revealing dress sense and sultry dance moves.

Just last month, Babes caused a social media frenzy when pictures of her on stage wearing a pair of skimpy shorts that showed off her bum-cheeks went viral.

The fact that she’s a pastor’s daughter has also been something that naysayers have used to criticise her ‘behaviour’.

In an interview with Drum magazine, Babes’ father, Mbongeni Simelane addressed the hate, saying that they are incredibly proud of her.

“We are pastors, Babes isn’t. She has her own calling. If her bum-cheeks show and people feel it’s a disgrace, then I apologise for her. But when I see my daughter on stage I am proud of her beauty,” he said.

Mbongeni added that there was nothing wrong with Babes’ dance moves, and that “even at church, people dance”. He said that as a family they have accepted that Babes can’t please everyone, and that’s just the reality of the situation.

The Wololo hitmaker has come under fire on numerous occasions for her singing ability, dress sense and PR stunts, but she has always tackled the hate with a thick skin.

Babes has often said that being “gossiped” about is not a big deal for her, and neither is it for her family.