Cassper Nyovest and Demi Leigh will be attending #SONA2018

It’s fair to say that on 8 February, most South Africans will have their eyes on the 2018 State of the Nation Address. 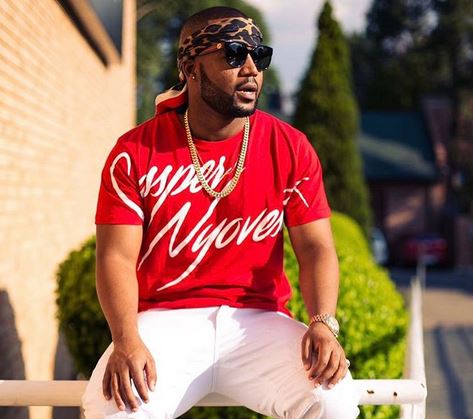 It’s usually a highly anticipated event, but the political climate this year has ensured that all eyes will be glued to our television screens next week. As if there wasn’t enough to look forward to, we’ve just found out that two of South Africa’s biggest celebrities are on the guest list for #SONA2018.

The Official South African Government News Agency confirmed that both Cassper Nyovest and Miss Universe, Demi-Leigh Nel-Peters have been formally invited to attend this year’s State of the Nation Address.

Considering that these two are no strangers to the flashing lights, we’re expecting them to bring their respective A-game to the red carpet (the #SONA red carpet tends to be more exciting than that of most awards shows!) but we wonder what they will make of the controversy that is likely to ensue if Jacob Zuma takes to the podium to address the nation.

.@CassperNyovest has been invited to attend #SONA this year (@gerbjan)

.@DemiLeighNP has also been invited to #SONA2018 (@gerbjan)

According to the news network, the theme for this year’s Address is ‘Making the future work better: Lessons from Madiba’. Let’s hope that whatever happens, we come out of #SONA2018 with suggestions to live up to the theme.