Don’t crowdfund for his tombstone, I would do it if I was allowed to, says HHP’s wife Lerato

Sengadi says it's not about money but people doing 'sh*t' out of spite. 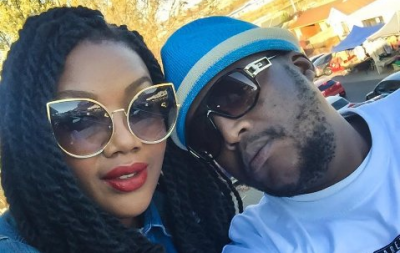 Late Motswako legend, Jabulani Tsambo, aka HHP, is back in the news after his friends visited his grave only to find that a tombstone had not been erected yet.

The rapper passed on from a suspected suicide in October last year at his Randpark Ridge home.

A picture that has been doing the rounds on social media shows his grave with no tombstone, sparking calls for a crowdfund by his fans.

Twitter user @Borwncarpy shared the picture on social media and wrote: “This is HHP’s grave, please let’s crowdfund or something.”

His call to collect funds for HHP’s tombstone was rejected by his fans and wife Lerato Sengadi, who said she could have erected his tombstone on the day of the funeral if she had been allowed to.

“No need to crowdfund. I can afford to erect a stone for my husband. If I was allowed to! In fact, I would have had it done on the same day as his funeral. But Ke…”

Responding to those who advised her to erect one and see if anyone would remove it, Sengadi said: “I will not erect a stone under some cloak and dagger vibe. I will erect the one he wanted and have it blessed accordingly and have him lay like the King he is. & Modimo le Badimo willing I will do so.”

Sengadi further said there were no financial issues, just people stopping her from erecting a tombstone her late husband would have wanted.

“No need for fans to do what a wife is fully capable of doing! Which I am! & I don’t think you’re in a position to inform what will cause a quarrel & what won’t. What the fans can do is keep buying & playing his music. Again, you’re making this about money. And I’ve just said to you it isn’t about money but about people doing sh*t out of spite!”

Speaking on behalf of the Tsambo family, Nkululeko Ncana told the Daily Sun: “There’s a court process underway at the Supreme Court of Appeal because of the previous ruling. We’re not going to entertain any conversation around Jabulani or anything, especially from the very same person we have a matter with.”