'Mr president your white friends are making a lot of money from this. How are they giving back to the country in this time of crisis?' asked Mazwai. 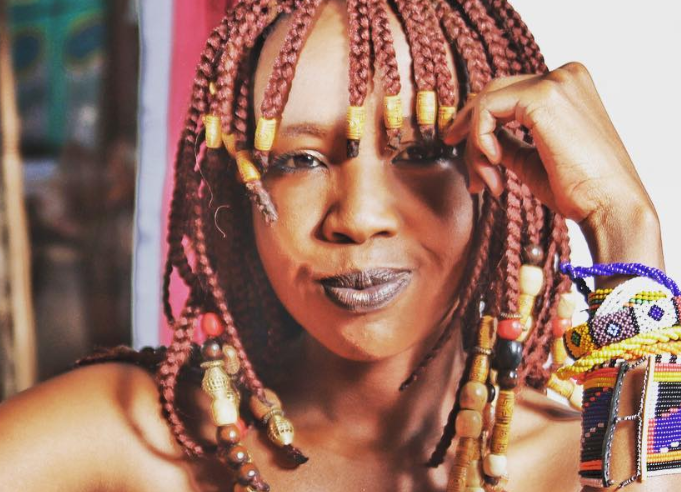 Controversial musician turned social commentator Ntsiki Mazwai was among the trending topics on Twitter on Saturday evening and Sunday morning after she penned a scathing open letter addressed to president Cyril Ramaphosa.

Mazwai used the letter, shared on her blog, to lay her thoughts and feelings about the economic impact of the lockdown period on the country’s poor.

Part of the letter reads as follows:

I feel like because you were never held accountable to Marikana so you didn’t learn the lesson and now you’re about to repeat the mistake on a larger scale. The fact that you broke up the company and sold it off essentially means that you ran away. The families of Marikana can ONLY remember you for how you impacted and changed their lives for the worst. You didn’t fix anything… You ran away.

Here we are again at the same place. In a different way but it’s the same lesson. You have a tendency of putting money ahead of your own people. You have a tendency to appease the white master at the expense of your people. You will never be able to rationalize why you’re a billionaire in such a poverty-stricken country and we can’t point to anything you have created. Mr president you are part of the capitalist problem that oppresses Africans on this continent.

Your white solutions are not going to work on African people. We do not have equal footing. Lucky you, 21 days will do NOTHING to your livelihood, for the vast majority of us Africans, this 21days is the difference between making ends meet and bankruptcy. You live in your nice big house in Sandhurst while the vast majority of us, in just one of your rooms we have to fit almost 10people. You planned this quarantine from a place of privilege where you didn’t consider the poverty on the ground. Have you ever been into a Squatter Camp? That’s where a lot of your people live because instead of getting us our land back in 94, you ANC comrades sold us for big houses in the North and German cars.

YOU can afford not to work for 21days, Mr President, we can’t.”

Mazwai went on to claim that Ramaphosa had “let loose an untrained army to go play power games in the townships” while the suburbs remained undisturbed.

She further stated that she does not understand the president’s leadership because she has not seen his “white friends” giving back to the country in this time of crisis.

“Pls don’t tell me about the money they donated because that money is paying for itself in profits. We are paying for our own donation. Mr president how much are your white friends paying the tellers for risking their lives in this time?” asked Mazwai [sic].

She concluded the letter with a sidenote reminding the president not to think that women did not notice when he and EFF leader Julius Malema “protected each other when the domestic violence smoke came up.”

Sowetan Live reports that Mazwai’s mother and her father who is a former journalist and anti-apartheid activist named Thami Mazwai have distanced themselves from the letter.

“I believe that all of you are aware of the high esteem in which I personally hold our government. I doff my hat to the president for his resolute action to save us from this pandemic, and my thanks to the cabinet and civil service who are working day and night to stop this virus,” Thami told the publication.

“The efforts by president Ramaphosa and his colleagues show their commitment to our people. I thus, on behalf of my wife and I distance us from the comments by Ntsiki,” he added.

READ NEXT: Malema is not woke, he’s not what black consciousness is – Ntsiki Mazwai