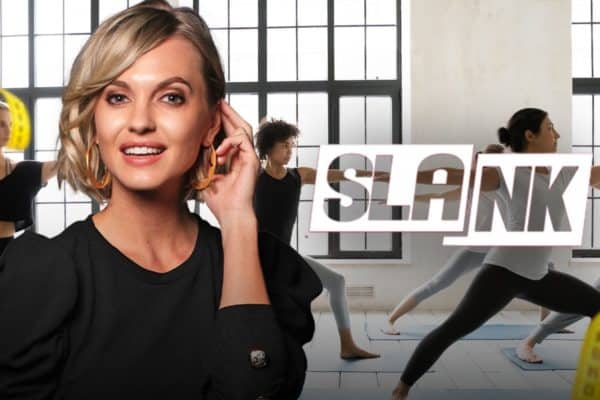 Leandi du Randt to present the sixth season of Slank

Slank, presented by Leandi du Randt, is a popular lifestyle series produced by Stephan Neethling and its sixth season kicked off on the 4 July. With a couple of South African celebrities participating in the lifestyle program, Leandi du Randt says that this season is going to be extra entertaining.

“I enjoy the nature of the program and the people whom I work with, so I am always happy when I hear that we are doing another season,” says du Randt. Leandi has been Slank’s presenter from the start and says: “The best part is to see how the participants’ lives change on their health journeys. Not just because they lose weight and are healthier, but also because of how their personalities and self-confidence return and their eyes sparkle again.”

Five well-known personalities will be taking viewers on their journeys to a healthier life, including their personal health challenges and goals and du Randt is there every step of the way. The sixth season will highlight the fact that well-known people have the same struggles as people outside of the limelight. “We all have challenges when it comes to weight, self-image, medical problems and such,” says Neethling. In this season of Slank they will not only be looking at losing weight; they will also be addressing other health problems.

Singer and TV presenter, Pieter Koen and his wife Lotie will both be participating, with Pieter wanting to build some muscle and Lotie wanting to shed a few kilos. Former sportsman, Johan (known as Trompie van den Bergh) won numerous medals in the sports arena when he was younger, but since he has started working as a photographer, his weight has been spinning out of control. Leandi du Randt joins Johan on his health journey, starting where he weighs 212kg, wanting to lose at least 60kg. Singer, Manuel Escorcio will also make an appearance in this season of Slank, wanting to live a healthier lifestyle. He suffers from Diabetes and would like to get it under control. Bianca la Grange hopes to fall pregnant before she turns 40 and would like to shed some weight to better the odds. Leandi du Randt owns an online business called To Be Gift Boxes with her sister-in-law, Michelle du Randt. She is also a popular influencer on social media and will be launching her new product, The L Hat with Arne Accessories this coming Friday. Leandi du Randt’s second self-help book will also be on shelves nationwide in November.