Kim and Kanye take the kids on museum outing amid divorce

Spotted together for the first time since their split, Kim and Kanye seem to have put their differences aside for their four children. 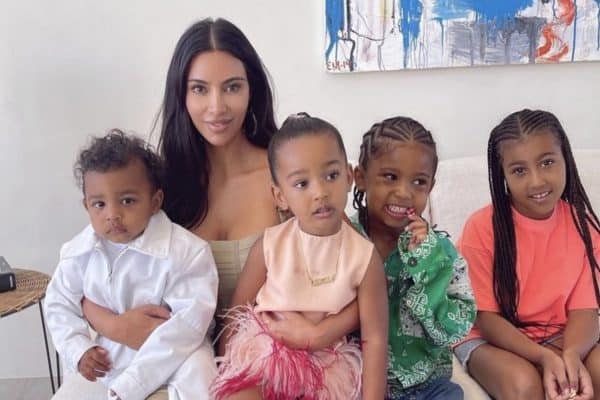 American socialite and Skims founder, Kim Kardashian, and rapper and producer Kanye West ended their relationship at the beginning of the year, and although it did not take Kanye too long to hop into a new relationship, the couple has chosen to put their differences aside and focus on co-parenting their children.

The Keeping Up With The Kardashians star and West were spotted together in public this past Saturday, for the first time since their major split, while on an outing with their four children, North, Chicago, Saint and Psalm.

According to E! News, a source from the museum said the family arrived at the Asian Art Museum in San Francisco to see the new teamLab: Continuity exhibition, which is an immersive digital experience in which “movement-sensitive artworks fill entire galleries and are hyper-responsive to human activity, transforming visitors into participants”.

“They were excited to be there, and everyone seemed to be getting along great between Kim and Kanye. They were there for the kids as the museum is a very family-friendly environment, and this specific exhibit brings out the child-like wonder in us all.” said the source.

Kardashian filed for divorce from Kanye after she realised that the two were no longer compatible, and that she was no longer happy in their marriage because of a general difference of opinions on many things.

“It was not. like, one specific thing that happened on either part. I think it was just a general difference of opinions on a few things that led to this decision. And, like, in no way would I want someone to think that I didn’t give it my all or not really try,” Kim said to Andy Cohen during a Keeping Up with the Kardashians reunion special.