In August, Somizi had to shut down relationship speculation after posting a picture of himself standing alongside Sinethemba Magubane. 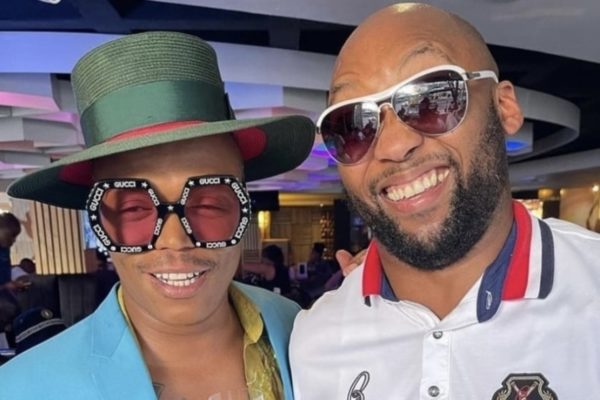 Media personality and choreographer Somizi Mhlongo has made headlines recently after rumours that he is in a new romantic relationship surfaced, but the star has denied it through a recent Instagram post.

Mhlongo took to social media to post a screenshot of another post which said he had found a new love, and was in a new relationship with a man he has known for many years.

He also shared a series of pictures of himself with the new lover in question, Bongani Mfihlo, posing side by side during different occasions and events.

Somizi started off the caption by expressing how tough his life as a single man has become, and what a burden single life has proven to be.

He then said: “So I’m not allowed to be seen with any male [friend]”, and then stated that with all these allegations and rumours which arise every time he is seen with a man, he is going to find a lot more new relationships.

He ended off the caption by apologising to his childhood friend for being dragged into the rumours and allegations, and then jokingly told him not to worry because he would be replaced soon once he is seen again with a different man.

“Askies my friend don’t worry u [sic] will be replaced soon. Enjoy it whilst this new love lasts lol,” said the choreographer.

This is not the first time the radio personality has had to shut down fan speculation that he was in a relationship.

Mhlongo took to social media some time in August to post a picture of himself alongside Sinethemba Magubane, and captioned the post: “Kasi vibes with my boi [sic].”

The former Idols SA judge received many questions under the post about the new love and new relationship, but he later made it known to his fans that he and Magubane were not in a romantic relationship.