Patrick Shai supports ‘Not In My Name’ rally

Actor Patrick Shai grew up around men who were abusive to women and it was only during his time playing an abusive husband on Soul City 15 years ago did he realise he was doing the same and the harm he was causing his family. 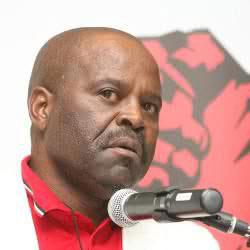 Now Shai is a changed man and an activist with Brothers For Life – a social and health mobilisation campaign for men. The Brothers For Life organisation called on 50 000 men to take a stand against violence towards women and children at a rally this weekend.

The ‘Not In My Name’ rally, led by Deputy President Kgalema Motlanthe, stems from a partnership between the South African National Aids Council (SANAC) and Brothers For Life.

Gauteng chairman for SANAC men’s sector, Matshele Lekwe, said the rally – the first of its kind in the country – will see men openly proclaim their stance on violence. “The time has come to call on all men to no longer stand on the sidelines and watch other men get away with heinous crimes.

“We do not want to live in a country where children run away out of fear for their safety when they see men. The time has come to do something positive.” According to Times Live, Women’s Legal Centre attorney Sithuthukile Mkhize applauded the initiative, saying men taking a stand against ending violence and abuse against women and children was positive.

“It is also an indication that the voices are increasing – especially as these are voices from the opposite sex. More voices will create a greater impact,” Mkhize said.